The Mighty/Mighty+ by Storz & Bickel

They recently had the same promotion with the Crafty+ with the wear & tear set as well, so I wouldn’t necessarily go by that as an indication. However, with at least one of these out in the wild I think it should be out sometime soon.

Maybe 4/20 will be big discounts on og and rollout of the new + at retail price.

The Universe is our endless supply

Seems the mighty plus may be coming soon. Its real! Someone posted a pic in vaporents they found in a german music video.

Xclerk said:
Seems the mighty plus may be coming soon. Its real! Somone posted a pic in vaporents they found in a german music video.

Looks like minor changes (improvements). My Mighty's are performing quite well. Don't care about the warm up time. Hell, it takes a lot longer for my wife to warm up !!
E

This picture was posted by Grogglin on the vapelife forum:

No further details were given.

looks like a take down device ... dude looks ripped
E

Here is the link for better resolution:

It seems the picture was from a reddit post describing a music video which contains that shot of the vape.
The video was uploaded March 11th and you can see it around the 0:09 seconds mark.
Looks like a stand built into the base and the same OLED screen, hard to tell if the buttons are raised like before and not touch screen but probably just colored normal buttons.
At least that means bluetooth would not really be needed to control if it does have it.
Looks like the fins got the Crafty+ treatment too.
There are some people asking about it in the video comments!

Seems like alcohol might have been involved in that party too, and they Mighty'd that guy in his sleep, but I imagine there will be good effects from it! Maybe good airflow too.

These recent page holders on Vapidoo sites have just now been updated with some actual words,
And a possibility to pay first or something
https://vapidoo.fr/mighty?amp=1
https://vaporizer-shop.co.uk/mighty

"Something new is making its way in the world of vaporizers. None other than Storz and Bickel, the makers of the legendary Mighty, is announcing a new vaporizer. We are already convinced that the new Mighty + will be an excellent addition to the high-end Storz and Bickel assortment. The renowned manufacturer has been convincing for years with its high-performance vaporizers, Made in Germany. As of now, Mighty + can be pre-ordered without obligation. Be the first to get an offer for the last generation."

"Big news for vaporizers lovers! After its legendary Mighty, Storz & Bickel announces its new vaporizer. We are sure that the new Mighty+ will be a great addition to S&B first-class product line. This world-renowned producer owes its long success to its high-quality vaporizers, all made in Germany. Pre-order now your new Mighty+. You will receive a non-binding offer for this vaporizer of new generation."

Mighty+ on its way? Seems like S&B are trying to get rid of their stock​ 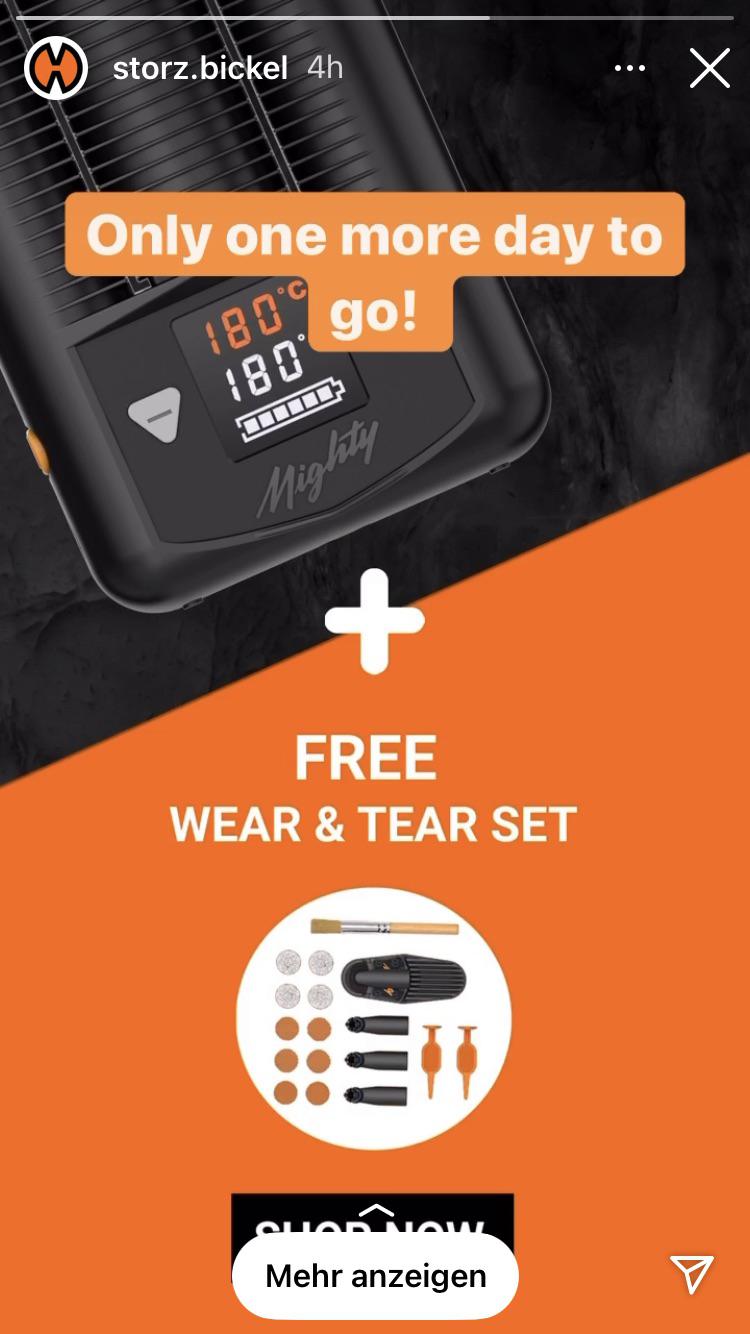 If they let it go to 446F like Big Daddy you'll have my attention.
K

Interesting. I own the Crafty+ and they Volcano Hybrid. Would really like to see more on this Mighty+ and what they did to update it. Now I'm more into on-demand vapes though.

Jürgen Bickel already mentioned better battery life and faster heat up times in the video. I’m hoping for an improved display screen and a more reliable power button. The Crafty+ upgrade was designed to fix the devices faults, not necessarily change how the device operates. I see no reason why this wouldn’t be a similar upgrade, but any surprises would be certainly welcome!

Opposite of Down Under

I read somewhere way back in this thread that people replaced their bottom screen with a dosing capsule lid? Are there any alternatives to the bottom screen that work? Has anyone discovered any similar "hacks" that are essential? The tip about preheating the mighty first and then dropping a dosing capsule in is pretty dope as well. You love to see it folks!
D

Hey everyone, I have a practically new Mighty (2 full charges, ~12 heating cycles) that is displaying err 2 and 4 at random. It will work as normal a portion of the time, but cycles between the errors at some point. It first began during a charging cycle and reset after leaving it unplugged for several minutes. It now persists regardless of charging or not. Faulty charger maybe, or more likely something is shot with the internal electronics?

This is an open box unit from puffitup, and appeared entirely new and unused, but that doesn't seem likely now. Warranty is out of the question in this case it seems. Does S&B offer repair services outside of RMA's at all? Looks like I might have lost out on this gamble.
Last edited: Apr 7, 2021

@deldrice, have you tried to register your Mighty? It sure seems that it should be possible.
In my experience, open box items, in general, can still carry a manufacturer's warranty.
I suggest you proceed as the innocent party that you apparently are and make a claim. @ weeks is bullshit, especially if you did nothing to abuse the Mghty.
I believe you should also consider that PIU is on break, but not necessarily gone from the face of the earth, and you may have some recourse with them.
I did not check the error codes, but they sound scary.

dimmusp said:
Soooo..... Any more Mighty+ news? By now I'm guessing a 4/20 release is pretty much ruled out, right?
Click to expand...

Hope so but doubt it, I love my mighty, I have used it for over 2 years now daily multiple times but recently sometimes the power button will not work at all for about 5 seconds and other times its fine but hope they get a better button on the + model

dimmusp said:
Soooo..... Any more Mighty+ news? By now I'm guessing a 4/20 release is pretty much ruled out, right?
Click to expand...

In one of the reddit threads in late March about that pic, an account labeled as the retailer 420edc said:

S&B says it still a few months out & that they will provide updates as they go.
Click to expand...

Some even thought that music video Mighty+ was a fake or a prop but those fins are way too well done I think.

I did personally think it would be out at full price before 4/20 and then discounted on the green weekend sale.
It might be on 4/20 and still 20% off as they were generous like that with Crafty+ right after release.
Afaik when Arizer launched the Air II, their sale soon after did exclude that newest vape! Meanies!

One thing is for sure, Mighty+ will likely be hands down the best S&B portable available on the market

(unless you need something slightly smaller like a Crafty+!), and the poor OG Mighty will be discontinued awwww!

Wonder if they are going after that rock band like they did to that poor Edward Splifforhands over being the first to leak the Crafty+?
Just need to find out where they practice at!!

I really wish the Mighty+ is smaller.. Have my Mighty for 6+ years , OG owner!

DryBonesufo said:
I really wish the Mighty+ is smaller.. Have my Mighty for 6+ years , OG owner!
Click to expand...

How many dozen bowls a day do you put through it?