I don't have the original stand but i made a simple one in wood..never grip. Don t burn the wood but i made it large and don't let it on all day.

Anyone if tha company runs any holiday specials or has a coupon code ???

I tried ordering from puff it up using a coupon code but it wouldn't work ...

Vapster707 said:
Anyone if tha company runs any holiday specials or has a coupon code ???

I tried ordering from puff it up using a coupon code but it wouldn't work ...
Click to expand...

It doesn't work on everything. I've only seen a discount on the Herborizer once, and it was something like 5%. I wouldn't hold out looking for a sale...

@Vapster707 there are some makers brands that just don't the discount thing. Sometimes @PuffItUp or @VGOODIEZ do discounts.

Hippie said:
The lacentralevapeur prices have gone up as the FC discount code has ended and their shipping has increased considerably too unfortunately

How much is it for shipping? To the US?

You can just go to the Herborizer website and price out an order.

Sorry, I'm in the UK so I dunno about US shipping.
For us, like many other retailers since the covid outbreak started, the only shipping option at the moment is what was the faster, more expensive, courier option before.

Amazing experiment!!
How is the flavor? Does it mantain as in the original design? It´s worth it to do the mod?

Mejor.Vapor said:
Amazing experiment!!
How is the flavor? Does it mantain as in the original design? It´s worth it to do the mod?

To be truthful, I’ve arrived to the conclusion, that balls, are so so combined with a metal or ceramic heater.
If I needed to buy balls, I wouldn’t do it, I did the balls mod because I have extra g43 balls.

They tend to work too hot, overwhelming, kind of overheating the flavors.
Herb charrs easier as well.
Reminds me of a way more powerful g-43.
G-43 tends to hotspot or overheat flavors as well, and I can certainly taste the hot SS wire.

There’s no doubt that the Glass Symphony still has the edge over all these balls styled vaporizers by a far advantage.
Glass Symphony heater is all glass encapsulated
heater, plus balls.
And it doesn’t totally override flavors, and I can’t taste anything metallic.

Herborizer best native modification so far for me, has been the lowering down of the Ti heater rod by 9-10mm.
At 666F will give you heavy thick tasty vapor, no overwhelming nor hot. Just as it’s supposed to be the native Herborizer signature.


Back to Back again.
Just for fun

I got something you need to see.

pulled down mod.
Back to 666F.
No more charring, no more hotspots.
Back to very open airflow, and no more sticking to the bowl or stand.
No more overwhelming nor overheated vapors.
Sometimes things are better the way they were made.
If it’s not broken, don’t fix it.
Do not try to make the tires rounder.

All this “Balls Mania” a la “g43”,
cackled by all these influencers and new shillfluencers.
(wonder if they might be planning on putting balls in that “newly designed in China “elegant DynaCrap old school hand wooden Sherlock pipe

-it was “a LA Glass Symphony before”
and before that, someone else did it before too,
I remember using beads/glass marbles on my one hole chugger of a downstem DIY vodka beaker bong, It was a tight noisy annoying pull, circa 2010,
because I saw other people using that with smoking rigs, and before them they were others,
and that people knock it off from someone else, and so and so, all coming to physics and thermodynamics and aerodynamics, and some guys that studied, and named Venturi and vortexing (not to confuse with the other shillfluencer)

That made me laugh!

For those who find their heating element cover binding with the heater stand: 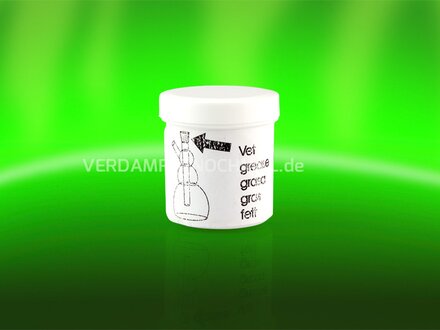 Grease for gridings on glass waterpipes and glass adapters.

verdampftnochmal.de
IIRC also MFLB used to ship their glass pieces and accessories with some silicon paste in a little tube.

justcametomind said:
For those who find their heating element cover binding with the heater stand:

Grease for gridings on glass waterpipes and glass adapters.

verdampftnochmal.de
IIRC also MFLB used to ship their glass pieces and accessories with some silicon paste in a little tube.
Click to expand...

I don't know if it's a good idea to use this on the Herbo. Since the heater is right next to the glass joint I wonder if the grease will either melt and end up at the bottom of the stand or if it will get cooked on the glass and be a pain to clean. On the Verdamper the glass connection is far from the heater and will only get hot when you draw so heat will not be a problem for the grease. In the end the glass will stick if it's dirty or if the glass expand because of the heat. It's easy to clean the glass but I don't think you can do a lot if the glass get stuck because of expansion, maybe change the glass piece on the stand or the injector to get a piece to won't stick, but since every piece of glass is always a little bit different in size there's no guarantee that it will solve the problem. So my question is does anybody had problems with using glass grease on the injector of the Herbo or am I overthinking things again?

I’ve used lip balm ointments, joint grease, Vaseline.
They all work fine.
But with certain flavors, I can taste smell the flavor in my vapors.
You’re definitely vaping those oils, they’re in the vapor path.
I stopped using them, it tends to get dirty, smelly, a little messy.
Ymmv.
Herborizer sticking injector/stand might be one of the few cons this vaporizer has.
Stay vaped!
Mantente de la mente!!!

I've lurked here and other forums, and have asked some questions to respected members of the community and I finally pulled the trigger and bought a Herborizer Ti a couple days ago. I bought the bubbler package and bought the sherlock as well. Now comes the patience game of waiting for it to be shipped to the States.

got my new glass, (hope it's not GAS,) the 26th.. thanks santa and his little chinese elves 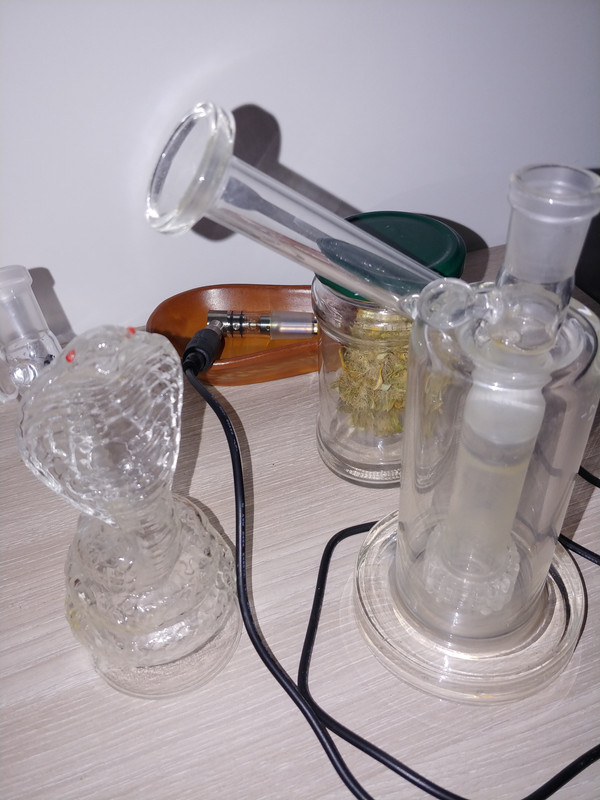 14mm, maybe half chamber volume of my 5 years old generic 18mm matrixx.
both cost me 20 bucks.


right after the honey moon, it's just tastier.
but why ? less volume, less airflow, new..?


the only cons could be :
-the low airflow, for some,
-thinner, lack of a strong basis like the sturdy matrix.
-u can't let the heater in if u don't hold it. but i never do that anyway.


it still can be held with finger on the bowl to avoid the glass friction. i will only put keck clip for friends.. 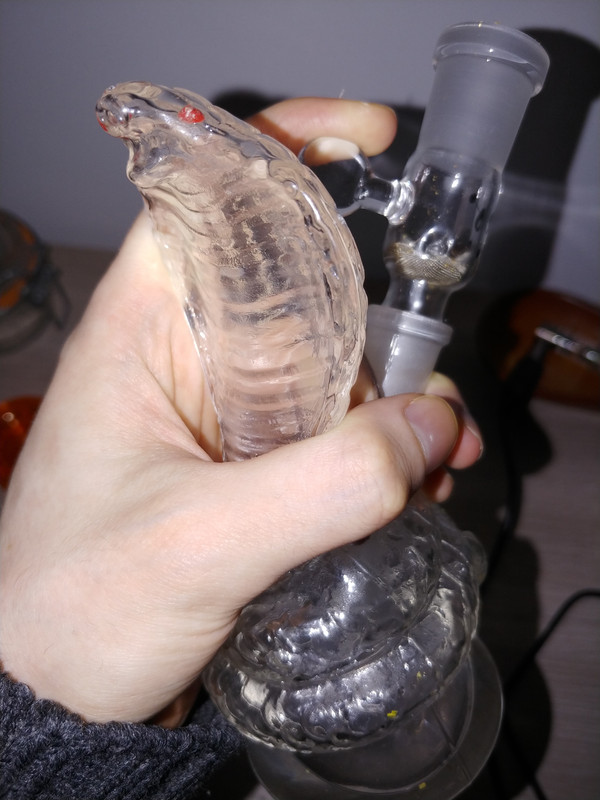 one thing with this one, it's the small hole to inhale, it does a straight line.
i always use my connoiseur tip, to put my tongue up and let the vap pass below.
here i can play with the focus pressure... maybe one factor that give more taste.


so for now it seems to become my main.
14mm snakes for stretch siping,
18mm matrix for one-hit, which i rarely do.


i always end a bowl with a 5/5 (TI preheat/setting after) and some morning i start with 4/4. and that gave me 2 strong tablespoon of abv, tasty with toasted cheese