VapCap Induction Heater for Desktop and in Car Use 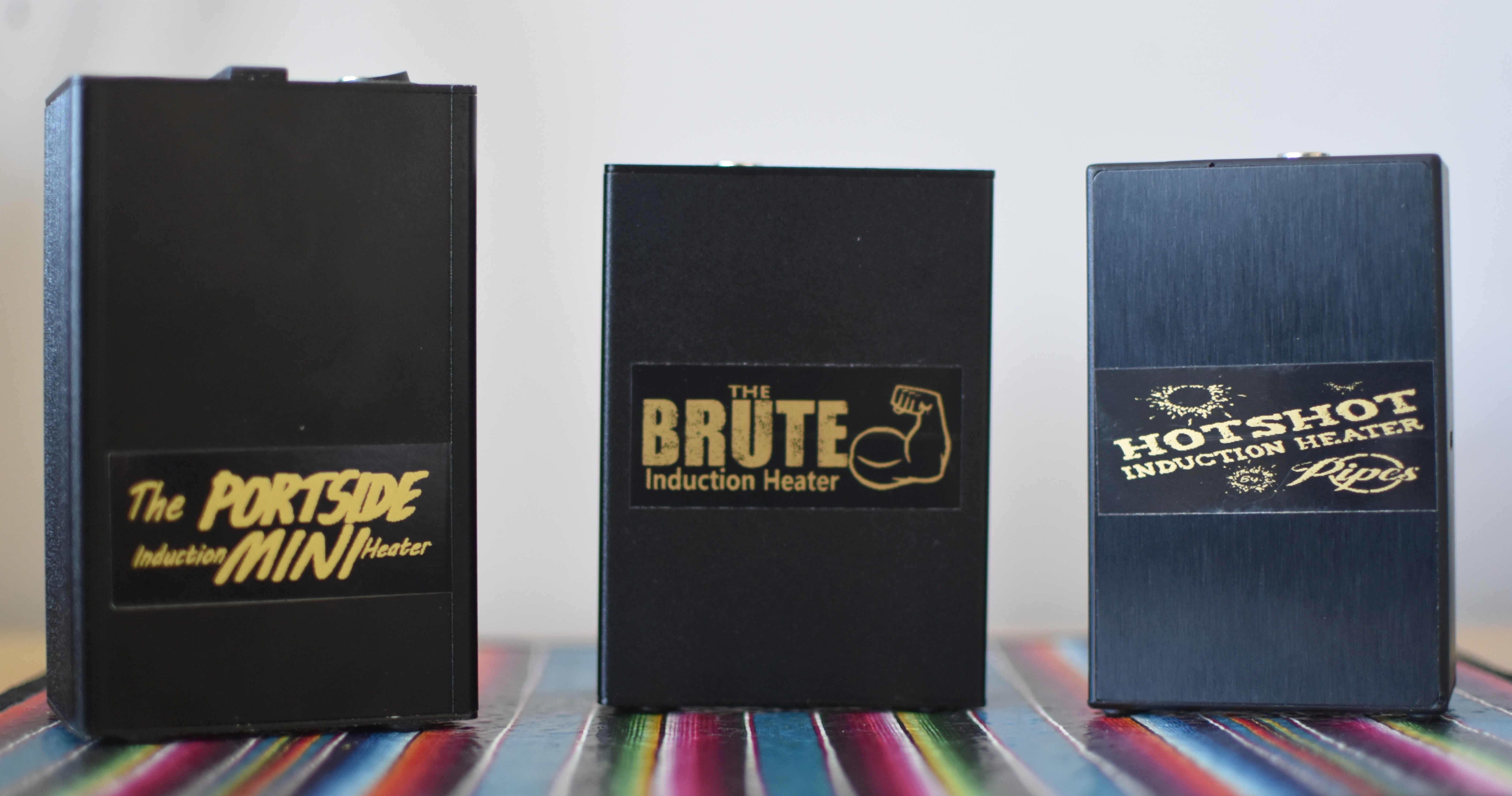 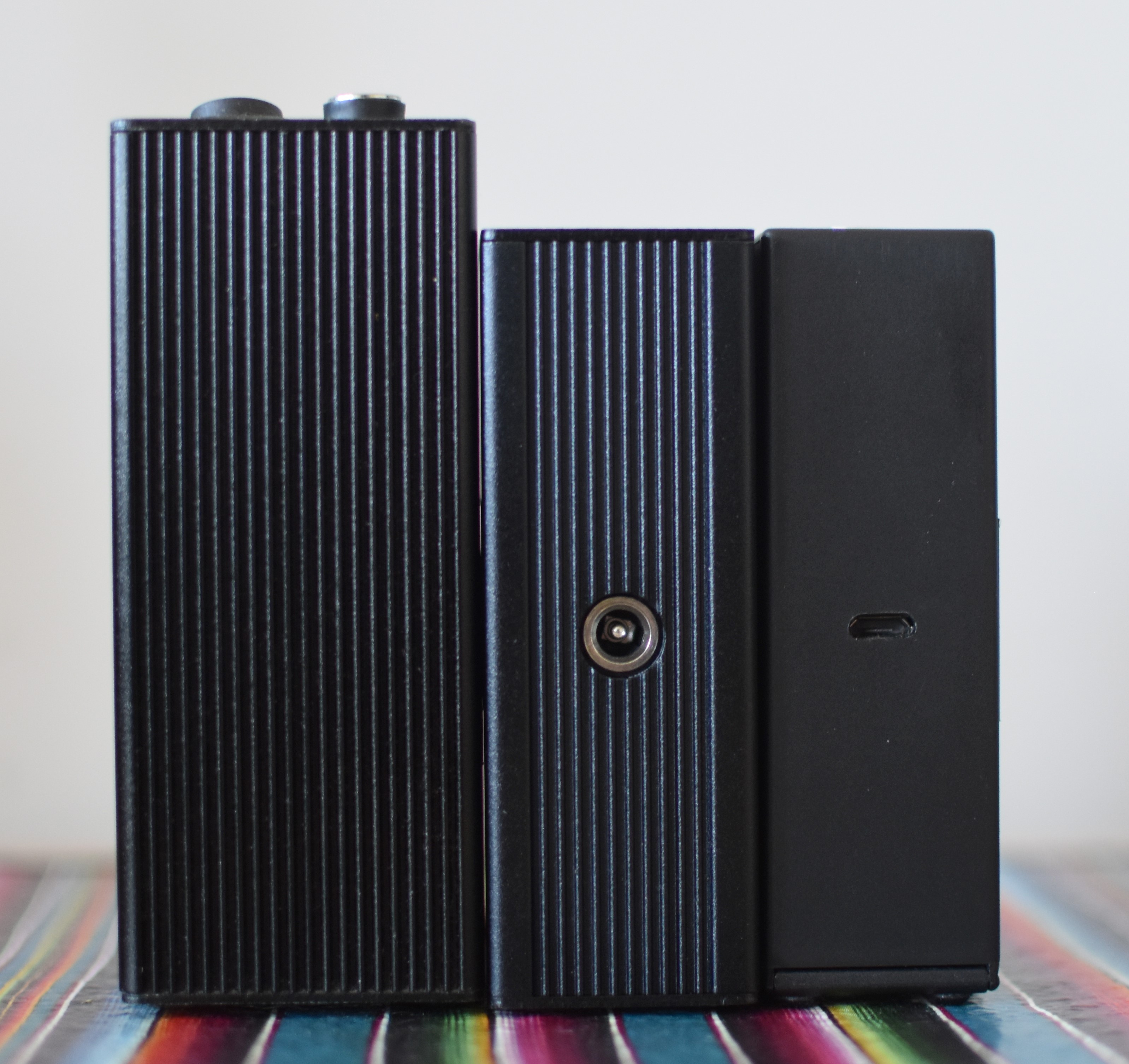 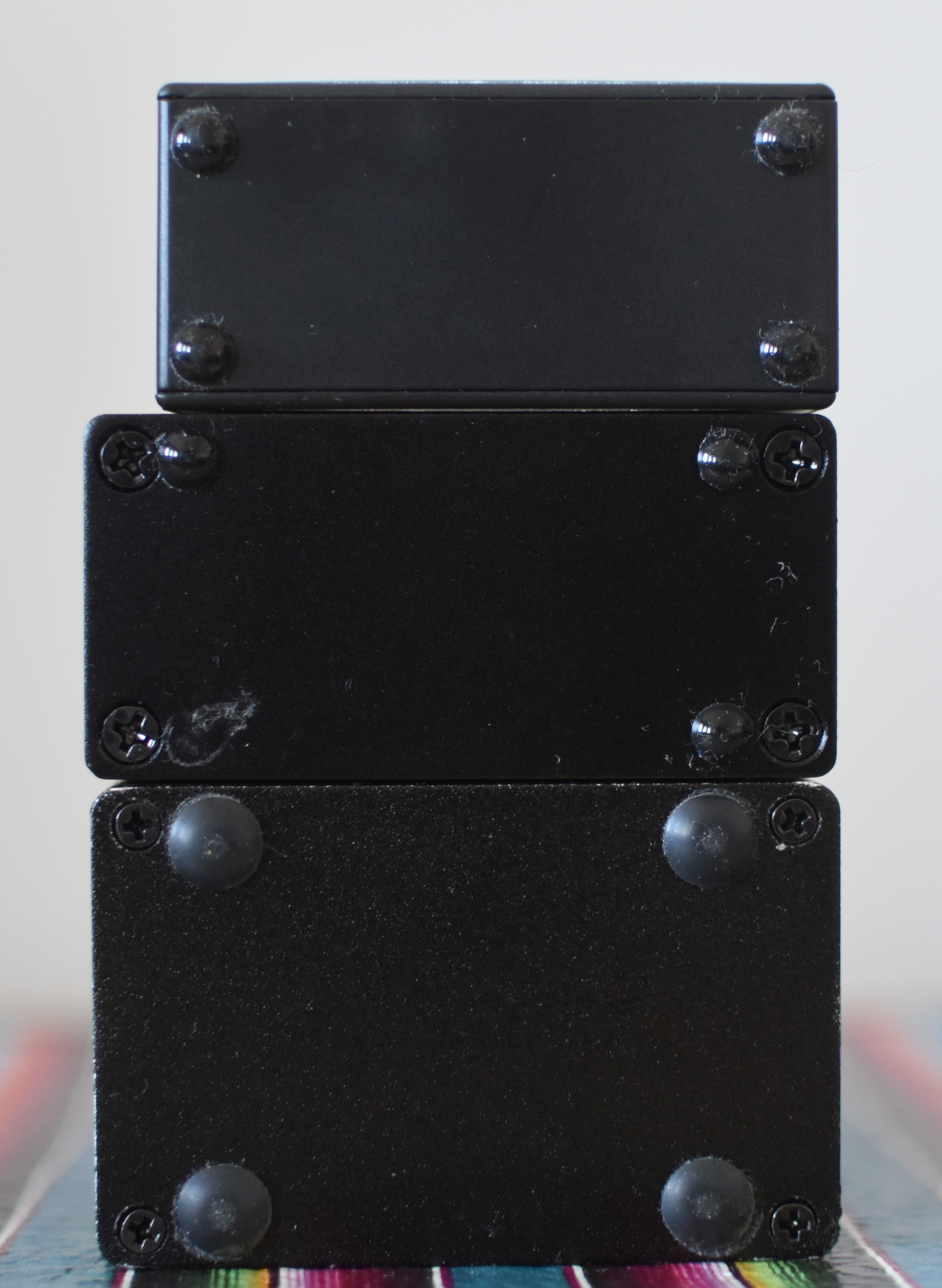 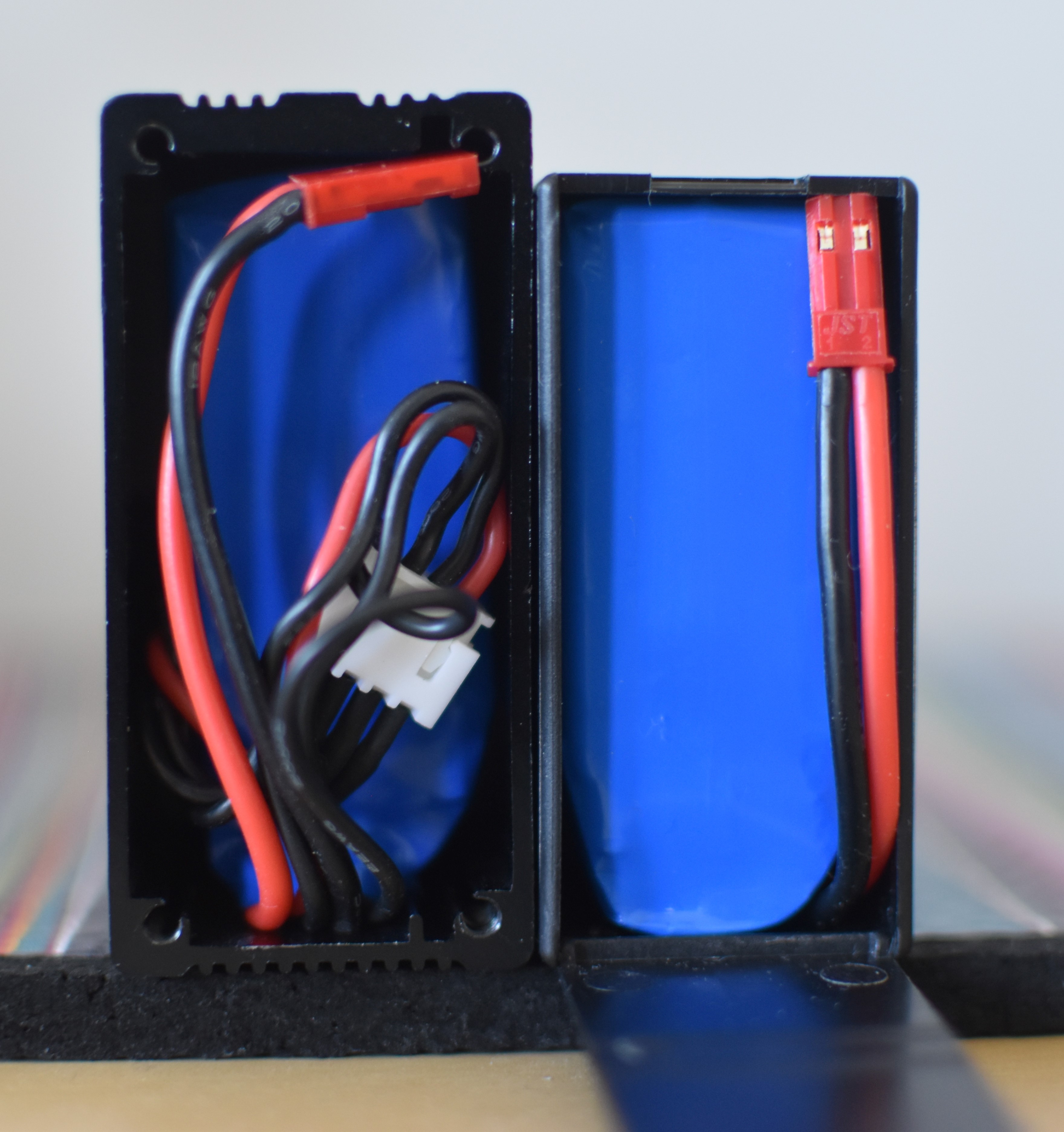 Seems more or less identical to the Hotshot size-wise on the interior, it looks like the size difference is due to the added bulk of the chassis.
Click to expand...

Thank you, I appreciate that comparison as I was looking for specs to compare them. Photos are even better.

Swassmike said:
I just ordered my Brute today, seems like it's what the hotshot should have been from the start. My hotshot bottom door latch fell off, the magnet fell off and just overall the quality wasn't what I expected given how much I love my PSM. Excited to get my Brute in!
Click to expand...

The Brute is certainly a PSM relative. HotShot is a nice offering and I appreciate the USB charger. Charging Brute has been just as simple on the same USB brick no less. I fixed a few things on HotShot and I am good with that for the value. I really like the fact that I could get into these devices to have a look around, and I must say, these are both works of art in my eyes as the whole line has been. I think Brute and HotShot have their own space. There is no reason for one not to behave the same as the other that I know of. And in that case, HotShot wins by size, soft feel, and the hatch - Brute wins on sheer ruggedness in the heritage of PSM. It is very well thought out and deserves its namesake.

What really impressed me about HotShot is that Pipes was able to match the volume of a Fluxer's Flite.
Turns out Brute is the same size as HotShot with a sleeve;

It certainly has a softer feel even with the sleeve which is why I'd pocket HS before Brute.

No one ever said you can only have one IH. I'd be in deep shit if they did

But these are my daily drivers and they just work.
T

Brute just arrived, and as someone who lost a HotShot from a spill from bumper to ground, happy to see how burly it is. Love the charging solution here too. If micro or UCB-C was causing headaches, then this works. Need special cord but can still charge from a USB port. So same as my Garmin watch, or my AfterShockz Bluetooth headphones.

And like the Hotshot, Pipes knows how to tune these to my tastes. Added an additional spacer and I am there!!! Still the best heating profile I've come across. On adjustable devices like my Flite, I tune that to approximate Pipes' profile, with some minor tweaks that extend heat-up time.

As a portable option, the pocketability is still there, and a huge selling point. But do note that the increased durability means more weight, a noticeable difference to the Hot Shot. In the hand it feels like a solid, reassuring heft for sure. A sleeve like the one @TommyDee showed for the Hotshot might be nice to soften the corners.

But more than anything, let's raise our glasses, pipes, whatever to @Pipes for providing us with such a rugged portable option.

If I start feeling adventurous, I'll start dropping it from increasing heights, running it over with my car, or throwing it against things to test the durability...

I've run through a couple of charge cycles since getting my unit on Friday and thought I'd add my impressions to the pile. Two charge cycles in less than a week is way more than I normally use VCs these days, but a new @Pipes heater usually renews my interest.

It's still early, but my initial sense is that it's more or less the same function-wise as the Hotshot and is very similar size-wise, but I can definitely notice the slightly larger chassis. It's still very pocketable and still feels great in-hand, just a touch bigger and heavier. Without question, Hotshot gets the nod in the size department but on the other hand, The Brute definitely feels sturdier and like it'll take much more of a beating. I can see this guy being my de facto on-the-go heater for most situations.

Similar to the Hotshot, the lack of a battery meter isn't a deal breaker, but I do find myself missing the ability to do a quick battery level check. Having said that, most of my usage these days is at home and through water, so it's not a huge concern personally. 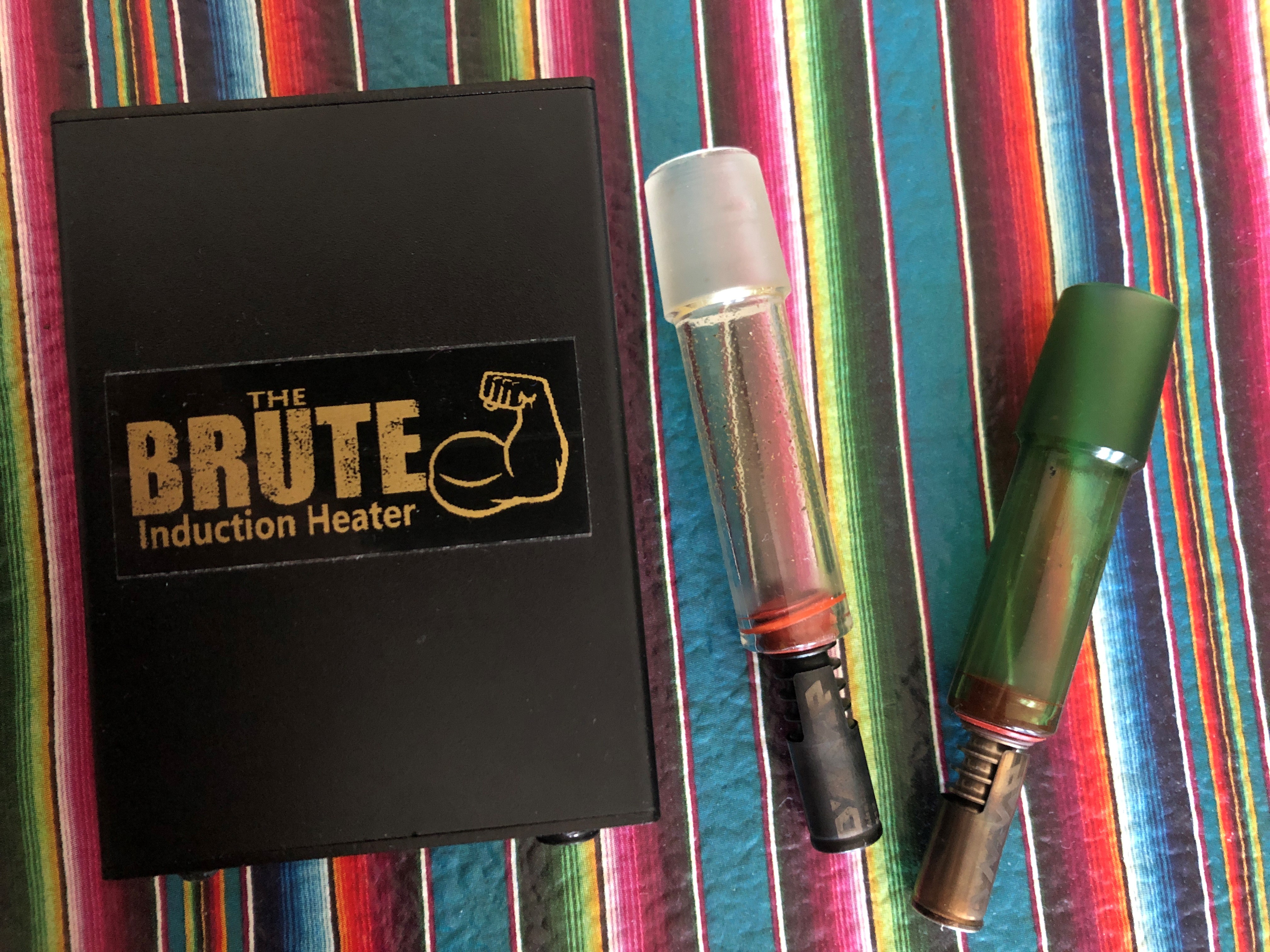 I don't know how much more complexity this would introduce to the design, but would incorporating a battery meter into the LED similar to the UFO heater be a possibility?

Outside of a situation with a battery meter, I think I prefer a single colour for the LED. I don't dislike the rainbow lights, I think I just prefer the simple red LED on the Portside Mini and would probably choose that given the option. I also didn't think I'd miss the charging light like I did, but I do appreciate having a visual indicator back to show me when the charging cycle is complete.

I really liked the size of the Hotshot. I've mentioned before that it was the first heater I purchased that I didn't actively wish was smaller when I first picked it up. Having said that, I really like the solid feel of the metal case on The Brute and would probably pick it nine times out of ten over the Hotshot for that reason alone.

With a little vapeneering you could cobble a meter into the baseplate. There is a connector that will read the battery output.

Had a similar thought for the hotshot. Great little meters with self-off timer - push to query.

Curious, could the Brute be charged by the cable included with the Caldron?

TommyDee said:
With a little vapeneering you could cobble a meter into the baseplate. There is a connector that will read the battery output.

Had a similar thought for the hotshot. Great little meters with self-off timer - push to query.

@TommyDee - Can you post a link to this meter? I want to get one for my HotShot.

Here is one on Amazon that ordered for delivery next week, https://www.amazon.com/WSDMAVIS-Bat...ery+Capacity+Indicator&qid=1637352386&sr=8-35

Did you solder the wires on to the existing connector?
Last edited: Nov 19, 2021

Accessory Maker
You also need to get a male JST connector. I can only see these on Amazon where you need to get more than one.

Those little meters hide on eBay too but they are hard to find. Yes @swieder711 , you should solder some pins on the wire, a JST or maybe some .025" square pin from a header. I just stuffed the wires in there and it worked too. YMMV.

Will pipes be doing a Black Friday sale and if so where would I find it??
I need a coldron and a Brute
Thanks!!!

I modified my hot shot with the bottom flap cut out to accommodate a battery meter.

The Brute landed!! Thanks @Pipes