Cool Music to Vape to - Part 2 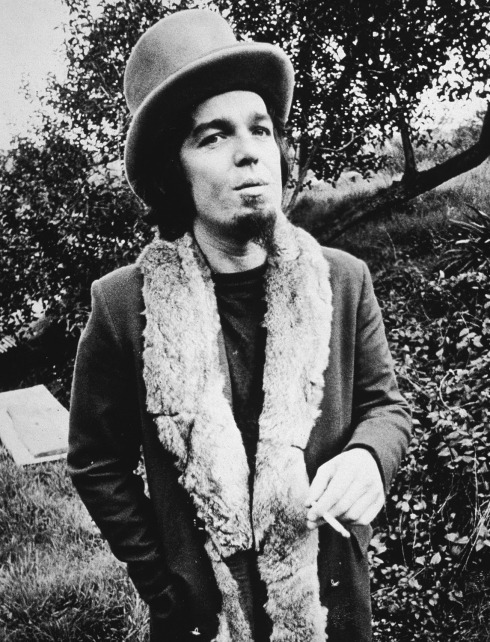 1. He claimed that he could remember being born. That’s pretty much all you need to know.

2. During a warm-up performance for the Monterey Festival in 1967, Beefheart thought he saw a girl in the crowd turn into a fish and blow bubbles from her mouth, so he straightened his tie and promptly walked off the ten-foot stage, landing on their manager Bob Krasnow. Unsurprisingly, they didn’t play the festival and a 20 year-old Ry Cooder exited the band. Acid is bad for you, kids.

3. Beefheart had a five-octave vocal range and his voice was so powerful that he actually shattered a microphone whilst recording ‘Electricity’ for his first album. Allegedly he would purposefully try to catch colds so he could retain his scratchy and growling Delta blues vocals.

4. Beefheart rented a two-bedroom house in the Woodland Hills in LA where the Magic Band lived communally, writing and rehearsing the Trout Mask Replica album for 8 months (which Zappa produced). The whole process became a cult-like experience with one band member permitted to leave the house once a week to collect food and drinks. Various band members actually escaped the house, but then felt compelled to return (suckers)! Despite the fact that a band member was thrown down the stairs at one point, the songs were so well rehearsed that 21 of the instrumental tracks were recorded in a single four and a half hour session. Best tyrant ever.

5. Aside from all of the crazy, tyrannical stories that you hear (which I happen to love), the fact of the matter is that Don Van Vliet was an innovator. He really did influence and pave the way for a slew of artists to follow and was unashamedly experimental. He also wore his own influences proudly on his sleeve, lifting his vocal style from heroes like Howlin’ Wolf and Robert Johnson.

@Morty my brother I added both of these to my playlists.

Caught this cat a few times... usually at free outdoor "town common" type gigs out in the country, but I also saw him at Berklee once... Sadly, not very widely known...:

"I will not beat around the bush. Gil Scott heron spiritually, musically and politically (despite his not being better known to the masses) was arguably the most prolific and important black musician of the last half century. Generations will be discovering, enjoying and learning from his voice as an artist and a human being for many years to come. He just needs a great film of his life to take his talents, amazing talents to the masses. It will happen."

Bologna said:
Caught this cat a few times... usually at free outdoor "town common" type gigs out in the country, but I also saw him at Berklee once... Sadly, not very widely known...:
Click to expand...

Good shout out, I have The Revolution Will Not Be Televised in the collection but yeah he flies way under the radar.

Save yourself don't click here or here or here Don't get caught unconsciously singing She Loves Dick in public, that's happened to umm "a friend of mine" a couple of times.

I saw Robben once before on a double/bill tour with a local "gunslinger", Johnny A, at a very small venue in Watertown... truly awesome! And while Johnny is of course an amazing talent, I was all about Robben... so "tasty"! Plus I love the LA Express and their work with (for) Joni Mitchell.

Here's something from Johnny I've never seen before... let's watch together!

Johnny A - Can't Find My Way Home/To Love Somebody/Kashmir - 2/25/28 Funky Biscuit
(apparently, it's from the FUTURE

I have and LOVE this Bluray of Robben:

Robben's been posting cool stuff on his youtube channel a side benefit of the pandemic.
Another you'd like I think is the studio great Tom Bukovac and Homeskoolin' Pandemic inspired as well and a rare view into a world most never see.

(but I have tons of recordings

) Have you seen the vid, it was on youtube, then gone,now found. I'm grabbin a copy while I can

Larry Carlton All Music Artist Biography.
I found that will looking for this...

Is still remember clear as day putting side one of The Crusaders Southern Comfort on the turntable, my dog man that was epic. Love love love Larry!

My favorite kind! Thanks!

But it will have to wait til after this (almost over...) Hadn't heard it before:

Bologna said:
My favorite kind! Thanks!

Anyone remember stereodose? Pick your drug to get relevant playlists kind of thing.
Man I discovered so many new tracks through there. Such a shame they shut it down.

Check this out too
Desmond Cheese - Dope VHS Master

I have since noticed my post and linked video/audio is shit. Usually when I link albums, I listen to my files and only link the vids as a reference... and I missed it, SORRY!

Please refer to the linked playlist for proper audio: Neutral Milk Hotel - In the Aeroplane Over the Sea (full album)

(To me personally, this is one of the most important albums of the 90's.)

I guess this covers most of my interest in life .