Welcome to Fuck Combustion...Tell us about yourself here!

Was mostly a lurker on the old fc but had the same handle. I’m still in a ever changing relationship with sweet lady Mary Jane as I expect many people are. I’ve been 95% smoke free for the past two years and that 5% is probably on the generous side. Went from smoking a g-g and 1/2 daily which at the time was a medically required dose, to transitioning to vaping and going off of other meds allowing me to significantly cut back my dose to a average .5 a day sometimes more. Then corona happened and I had to further cut back to .2-.3 but I adjusted and found the new level to agree with me. I’ve since been pondering a further cut back, eliminating all daytime use and going down to .1-.2 daily aside from the occasional cheat day. But I definitely don’t see myself quitting but ideally in time I’d like to only use 3-4 times a week for sleep. Watching my father with alzheimer’s forget his mother’s name but still asking for beer daily is not a future I want for myself with weed. Granted things like that are years off but it does concern me and so should it, I think every once in a while you should be a little shaken by things because it’s often the determining factor in change and growth as a person. I’m in transition and taking it in baby steps but I still think small steps forward are progress in the right direction.

A big thank you to all the people who made the new fc possible! Your dedication to the community is truly awe inspiring. Thanks for providing a place that people can share their thoughts and experiences especially during these trying times.

Always a pleasure. Thank you, and especially for that OG Iron Chef memory. I loved those shows.

Same YaMon here as the old FC. I’ve been vaping since 2010. While in an unfriendly state, I do vape every evening for chronic back pain due to a blown out disk at L4-L5. My work in Information Technology along with other responsibilities gets in the way during the day. The only medical intervention the doctors have any meaningful experience with is spinal fusion and I’m not there yet. I enjoy Reggae, Cut-throat Dominoes and Cannabis and as such frequent Jamaica where I keep a few vapes with a friend so the vapes are there when I visit. I’ve smoked herbs for many years. While I can remember where I last combusted, I cannot place a date on it and do not need any more reminders of what it’s like to suck face with an ash tray and inhale in over a hundred carcinogens. My favorite motto is “Friends do not let friends combust!” So if there’s is anyway I may leverage my experience to help fellow members kick the ashtray to the curb, I’m more than willing. This is a great community and I am just hopeful it survives the transition to the new platform. Many thanks to @pakalolo and @Stu ( @Stu V2 ?) for all the blood, sweat and tears I am sure have been shed to make this happen. Respect! -YaMon

Whisper here. I've been with FC about 2-3 years, and learned about vaping there. I had tried it before - with a balloon. It was great, and I had to learn about the differences with all of the possibilities. My first vape was the Arizer tower, it was just me using it, so I didn't need a big balloon. Then a vapcap, then another one to share. And so it all began. cheers and thanks to our new administrators.

As a child of the 70's, I was well-acquainted with cannabis, acid, shrooms, and the like. I partook often. Think "Dazed and Confused", that was my crowd. But of course, life happened and I was forced to grow up. I joined the Air Force in 2001 at the age of 19, saw a lot of the world, and later retired with a full pension in 2001. I went to school at night during that time and earned an MBA in Management Information Systems.

In April 2011, I was diagnosed with Prostate cancer and had surgery to remove the offending organ a month later. As part of my recovery, I knew I wanted cannabis in my medicine regimen. But being an adult computer nerd in IT, I did not know any sources for obtaining any. Besides, I lived in Kansas at the time, a state with some of the most draconian MJ laws in the country. So by Thanksgiving of that year, I started growing my own.

The FC forum came into the picture around that time. Although I was using a glass pipe for a short time, I absolutely hated combusting my herb. So I started researching on-line how to make cannabutter and edibles and that's when I stumbled on a thread in the old FC forum. I started lurking around the place for a while and soon found it to be one of my favorite places on the 'net. I joined and have been an active member ever since, though I do more reading than posting.

Well, here it is May of 2020 and I'm still kickin' it. My cancer remains in remission and I'm still growing weed. Lots of weed. I now live in Colorado, the land of weed, edibles, concentrates, THC drinks, and every other kind of cannabis product you can think of. And I plan to retire within about 18 months. Life is good.

A huge thanks goes to Stu and Pakololo for keeping this place alive. Like my weed, checking in here every day is part of my medicinal regimen. Long live FC! 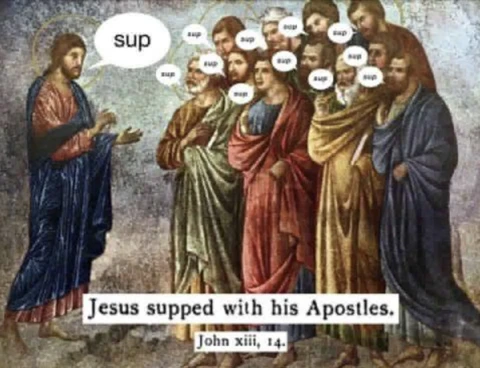 Great to have a new spaceship that does not have an expiry date on the side!
Same lazylathe that has been around the block once or twice...

Nice to see all the old faces pop up!

And just a PUBLIC SERVICE announcement...Don't change your username...makes us old folks have to retrain our brains!!!

yo. i check FC about 4 times a year just to see what's shaking and poke around. greatful you guys set this lifeboat up for the rest of the community - thank you!

Hi there everyone! I was really only a lurker on FC but hope to get into the community here.

poutine said:
Hi there everyone! I was really only a lurker on FC but hope to get into the community here.
Click to expand...

Lots of Canadians here, so post away!
Welcome to the NFC!!

Joined FC at August 2017 and life has changed since then. Came to read about vaporizers for my brother's sleep problem. Next thing I knew I bought a Volcano Digit and quit smoking sigarets and joints. Then I got a Dynavap M 2017, Sticky brick Jr. Two Omnivaps, a beautiful phattpiggie stem and a 2018 M gifted by George himself when I met him in Amsterdam.
Then came the Lotus and a Fluxer deluxe induction heater.
Then I got Flowermate Cap. Love that little thing. Right now I'm sipping on my Tinymight wondering if I should get a P80.
Love this great community.

Dio said:
Right now I'm sipping on my Tinymight wondering if I should get a P80.
Click to expand...

Yes, & you need a Splinter Z and a Fury Edge or POTV One. I'm an enabler.

Appreciate it, but I'm from the States! I just appreciate poutine and the country that created it

poutine said:
Appreciate it, but I'm from the States! I just appreciate poutine and the country that created it

As long as it has cheese curds. The way it’s suppose to be made. Best poutine is from Quebec. Haha. Small shacks on the way to the mountains.
E

Welcome to NewFC...Tell us about yourself here!

I've been vaping 3 years and FC has been daily reading for me (logged out most of the time). I'm going to start getting involved, using the new site properly, instead of having a tab open in my phone browser for every thread I follow.

Hope the old site can get preserved or integrated somehow . Thanks to the mods old and new, and thanks to vtac for starting this whole thing.

Greetings everyone! That wasn't such a bad crossover. Didn't get my feet wet..

Fmr. Captain of the 5th Division

Greetings NFC! Perhaps some of you will remember me from the classic FC, which I joined in back in 2010. I'm an American expat living in Amsterdam, currently working as an IT system engineer. I have been using cannabis since 2008 to help manage stress and relax. I currently use a Vapcap, and I have an Arizer Air 2 on the way as a birthday gift from my wife. That's actually what prompted me to login to FC and find out about the NFC, so here I am! Thanks to the admins and mods for keeping this community going.

Have been a fan of FC for a long time. Great resource and so useful over the years.

Aizen-Sama said:
Greetings NFC! Perhaps some of you will remember me from the classic FC, which I joined in back in 2010. I'm an American expat living in Amsterdam
Click to expand...

Can you tell us how the green compares to the US? I've been there many times but would like to hear your and the boards opinion.

phillyphilly said:
Can you tell us how the green compares to the US? I've been there many times but would like to hear your and the boards opinion.
Click to expand...

I'd love to hear about the comparison too, but this isn't really the thread for that. This thread is really just for introductions.

dave from johannesburg, south africa.
was a smoker for 32 years, been a vaper for about a month now.
the smoker's cough finally did it for me, and i'm glad it did.

Hi everyone! My name is Dave and I'm from Canada. I'm new to vaping. I started lurking the old boards about a month ago when I was was trying to figure out what my first one should be. I went with the solo 2 and I'm really happy with it. I had mostly been smoking out of a bong for years but I decided I needed to take care of my lungs. I've started vaping and I don't think I'm gonna turn back. I've already got a dynavap m on the way and I have a long list of others I'd like to get.
You must log in or register to reply here.
Share:
Share Link
Top Bottom