I bought my volcano in 09, and until I joined FC some years later the volcano was my only vape. But I know vapes were around before 2009.

I think it would be interesting to see and hear about the beginnings of vaporizers. Was the first vaporizer a light bulb vape?

Anyway it would be awesome to have an old vaporizer thread. Hopefully some of our OG's can contribute, stories, pics, whatever feel free to post about old vapes.

Staff member
I don't know the year, but Eagle Bill Amato is considered to be one of the original vaporizer pioneers. Known by some as the "Father of Vapor", his original design utilized a heat gun to create vapor.

Looks like this is the vape he founded: Eagle Bill Shake 'n' Vape

1990 to 1994, Amsterdam
Father of Cannabis Vaporizer Eagle Bill has a cannabis community cult following known to discover the popularizing of the Cannabis vaporizer. He termed his device “safe and effective alternative to smoking.” For over a decade, he was a favored exhibit at the Sensi Seed Bank’s ‘Hash Museum’ in Amsterdam.

Photo credit: Hash Museum
The museum attracts visitors from around the world and Bill enjoyed sharing his new technologies to any willing inhalers. A resident of Amsterdam for 12 years, this was soon before the 1994 Cannabis Cup. Sensi Seeds gave Bill space and he blew away the crowd with his new technology.

It remained the most popular exhibit at the Cannabis Cup for 10 years, earning Bill and Sensi Seeds numerous first place cups. Soon he set up shop on a daily basis in the Hash Museum and used that platform to turn the world on to vaporization. Eagle Bill was introduced to vaporizing in 1993 by a Californian grower who used a heat gun to vaporize aromatic blends.

In an effort to design a more affordable means of vaporizing while simultaneously raising public awareness, Eagle Bill invented the “Shake and Vape” based on the very same Ancient Egyptian methods. Eagle Bill’s Glass pipe vaporizer that heated the bottom of a glass bowl with instead lighting the Cannabis itself.

Pioneered by a Native American, the Shake and Vape was nicknamed the “peace pipe of the future”. Eagle Bill’s invention would be the catalyst for rapid technological and product developments in the vaporizer industry and a big inspiration. Bill passed away on 22 may 2005, Georgia, USA.
Last edited by a moderator: Jul 5, 2017

Would be interesting for historical purpose to create a timeline of the product releases. This is the kind of information that is obvious when it happens but usually hard to find back a decade later.

A couple of years ago I had a lovely chat with an old school dutch combustion fucker at 't Grasje in Utrecht (best coffeeshop in town, be sure to stop there if you are visiting) while having a Verdamper session and he told me that in the nineties he and his friends used the same heat gun method but with regular bongs.

Within the context of concentrates, Hashmasta Kut came up with the idea for the titanium pad vapor curve in 2003.

I dont know why but this thread reminded me of a vaporizer which a bit ahead of its time i guess,or may be it was its price 400$...Anyway it is a halogen powered vape with what looks like a PID control,the review on FC says it had monstrous cloud and supreme flavor. It looks like a handheld herbaliser

Manufacturer
Anybody remember the Evolution V7? This thing actually paved the way for a lot of devices. This was my uncles favorite unit at the time.

Great thread! Built a BC-style vaporizer in the mid-nineties. A pickle jar, soldering iron, and light dimmer were involved. Never got high with it, but it was cool to watch the vapor rise from the bowl.

I bought my first vaporizer in the mid 90's. I though it was a "special" type bong. It's shaped like the gumball machine with a hot plate basically. It never ever ever worked properly. But all I had was the old school brick weed. To be honest I never had a chance for it to work properly.

Crazy I was on vacation in Colorado this past week and the local head shop only had 1 Solo. And a bunch of rebranded Chinese crap and an old school gumball vape. They are still trying to get like $100 for it. More then I paid for it 20 yrs ago. Sad really.

Accept said:
Great thread! Built a BC-style vaporizer in the mid-nineties. A pickle jar, soldering iron, and light dimmer were involved. Never got high with it, but it was cool to watch the vapor rise from the bowl.
Click to expand...

You should have tried it with some hash ,or hash oil.. I know of a guy who uses his dome vape exclusively for concentrates ,technology is not so far away of those on the portable nails..

With so many VAS people here

- anyone got a living unit?
Shurely not the best construction and materials, but it seems to be one of the rarest, early manufactured vapes. There are no pics on the web besides the old add and no manufacturer name.
It's like a ghost, maybe all the plastic melted away 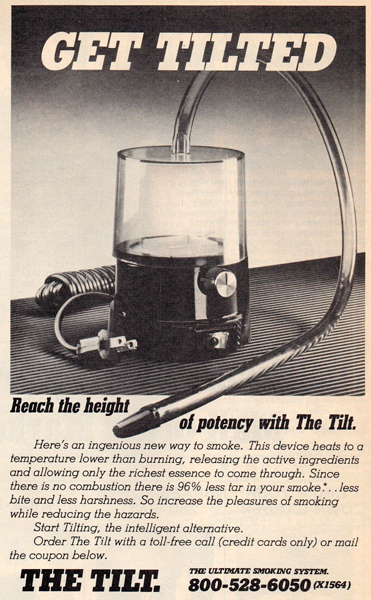 Used2use said:
With so many VAS people here

- anyone got a living unit?
Shurely not the best construction and materials, but it seems to be one of the rarest, early manufactured vapes. There are no pics on the web besides the old add and no manufacturer name.
It's like a ghost, maybe all the plastic melted away

Holy shit how old is that ad bro? Never seen one myself unfortunately.

This is definitely a candidate for the 'Oldest Vapes' thread.

What ya think @Stu?

Well there is not many hits about it, even at FC - i want some pics

Best info about the Tilt's heritage is (copied at many sites):
"In the 1970s the first modern vaporizer began to appear with the Tilt, which was noted for enormous tar reduction compared with a regular pipe. The Tilt, however was banned in the early 1990s due to new anti-paraphernalia laws. "
So it was before Eagle Bill, and sold over a decade
it's also mentioned in RC Clarke's book Hashish from 1998 alongside some other 'vape tec' of that days...
Features were a 1x1 inch metal heating plate and a plastic cover says RC - guess the plastic quality from those days is the reason why it's so rare
Last edited: Aug 3, 2017

GreenHopper said:
This is definitely a candidate for the 'Oldest Vapes' thread.

which year is that from? - looks like it could fit in a big tower pc slot

herbivore21 said:
Holy shit how old is that ad bro? Never seen one myself unfortunately.
Click to expand...

With a quick image search, at least one foreign site claims it was from 1981. The blogger has some of the history of vapes there as well as some early photos. 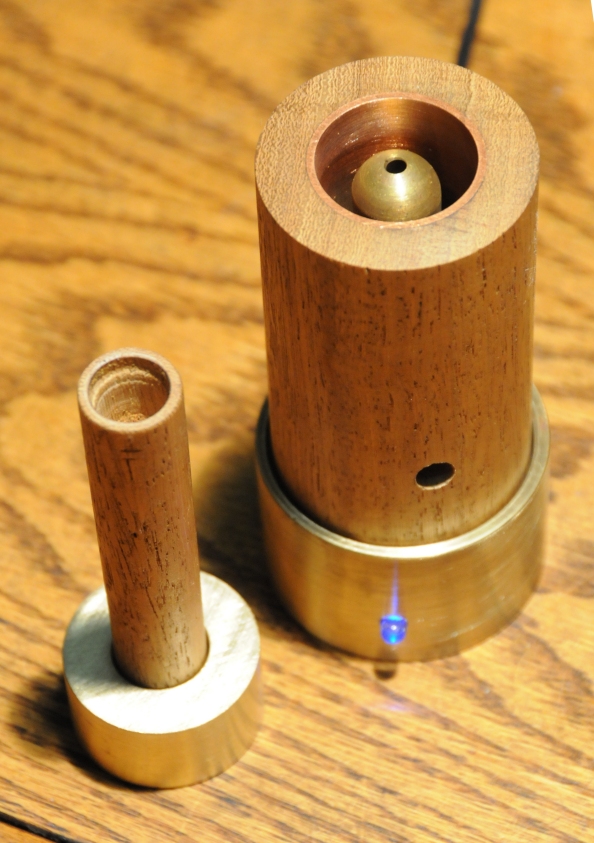 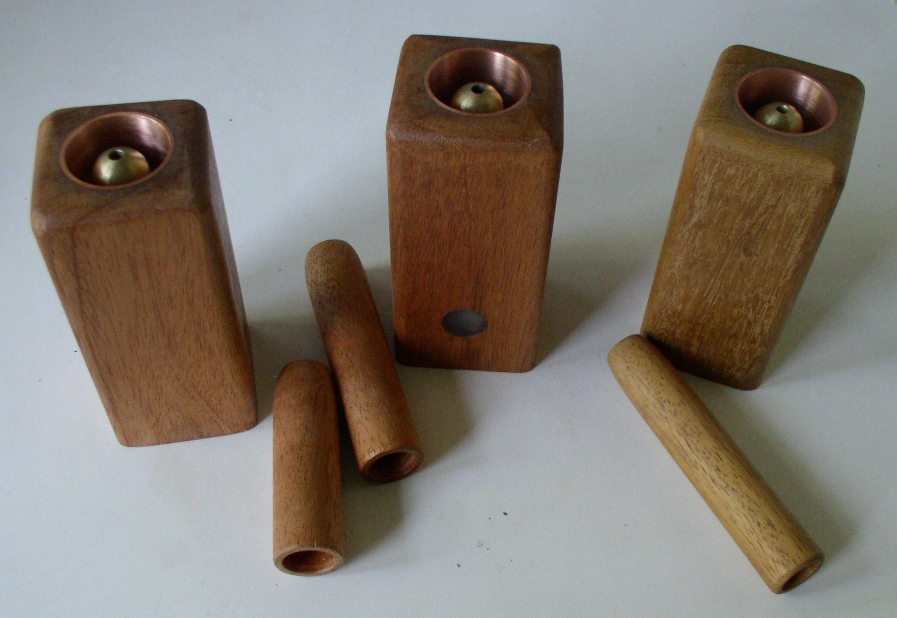 )
And probably the first flame powered vaporizer, LoVerde,sadly photos are no longer around web,i remember i had the chance to get one second hand,but decide it is not my cup of coffee,anyway.. That's the thing with reliability of sources - RC Clarke writes something about an unpublished MIT study with the tilt by James k Herms from 1978, that's where the 79% tar reduction number originates (the ad claims more

)
Furthermore it's mentioned a writing with the results between Herms and the inventor called Tabatznik.
Most promising google hit is a Robert Tabatznik of RTA Inc., Woodstock, NY. that's as far as i could dig till now
Last edited: Aug 4, 2017