What kind of screen are you guys using for yours? On mine the mouthpiece screen gets clogged pretty easy and I have to clean it from the inside of the mouthpiece.
Z

I ordered one off ebay for $55 shipped. Can anyone point me to a good extra battery?

ithrewitontheground said:
What kind of screen are you guys using for yours? On mine the mouthpiece screen gets clogged pretty easy and I have to clean it from the inside of the mouthpiece.
Click to expand...

the one incuded, i just clean it often. it's normal that resin builds up very fast, you have that issue with every vaporizer you'll use (on high temperatures)

ithrewitontheground said:
What kind of screen are you guys using for yours? On mine the mouthpiece screen gets clogged pretty easy and I have to clean it from the inside of the mouthpiece.
Click to expand...

same problem here. i solved it first by poking 5 holes with a needle in the screen, it keeps it free a few bowles more, but then i decided to take out the complete screen and cut a ss-mesh screen to fit it above the oven. i domed the screen a bit and it worked quiet good.
with the original screen the little holes start to clog after one bowl of primo weed.
Z

Mine has a weird taste. Either the air path is not clean or the mouth piece is giving off a chemical taste. It's too bad because other than that it's really solid.

hello zombonaut, did you do a initial burn-off session, before you have put in herbs?
However, I can calm you down a bit, since i don't think it's the airpath. As far as I know there is a coil below the heating element and the air is pulled thru the airslits on the side of the herb chamber, so unlike others units from china, the air is not pulled thru the electronics of the device.

Company Rep
I'll receive one of the new model with 3 temperature settings, it's not yet ready but I expect shipping next week, I plan to open a new thread since this unit will be a new model from I-mag (not x-mas)...

and there is more colours avalaible (5), mine will be blue cobalt!

when you visit their homepage you can see a few forthcoming units on the fair ad, as well! the imag plus is not the only vape these guys are working on

concerning the imag/x-max: relaxotech told me that they have produced the x-max for another company and actually I believe them, since the imag junior is only known by that name (no x-max junior)! So I guess Relaxotech is indeed the originators of the imag.
Z

Hey Mr.Weed, I did do a couple of burn off cycles before using it. Did you have a chemical taste that dissipated?

not with the imag and the flowermate... if i had, I would have reported it, since I'm really very sensitive about strange taste and smell. I'm sorry to hear that you have. Have you talked to your supplier already?
Z

No. I guess I'll give that a try. I wonder if mouthpiece soaking would help at all? Might as well try that too.

i have two x-max without any bad smell and a friend of mine got also one and it also doesn´t smell bad while vaping.
but i also think it could be your mouthpiece, maybe the silicone o-ring.

for the battery i´m also looking for one with a bit more mah.
10c rated high output batteries are needed .
Last edited: Aug 22, 2014
I

zombonaut said:
No. I guess I'll give that a try. I wonder if mouthpiece soaking would help at all? Might as well try that too.
Click to expand...

Mine had a weird taste on the first time I used it. I did two burn offs then wiped out the inside of the chamber and all the mouthpiece with iso and cotton balls/q-tips. I did two more burn offs after that but it still smelled weird the first time. Since then I have had no taste problems though.
Z

I gave it a good cleaning and ran it dry numerous times to try to dissipate the stink. I could see off gassing from the heat chamber. A sniff of the oven while heating was enough to convince me that my problem was not the mouthpiece. My Ebay seller is taking a return for a refund.
N

Wyatt Herb, is there a direct link to purchase only the batteries?

Company Rep
I just got my tracking number for a test unit, it seems to be the newer version with 3 T° settings and different colors!
All the product coming from China are travelling faster than products coming from CONUS (my Core & my 05 was shipped around the 8.12.2014 nd are actually in transit, china's product came in 1 week and I never had to pay more tax for it!)

i don´t find a direct link. but you can contact topgreen on alibaba.com .
they are 3 dollar a piece.
it seems to be ok to ask for smaller orders
should be the only 18500 they sell. 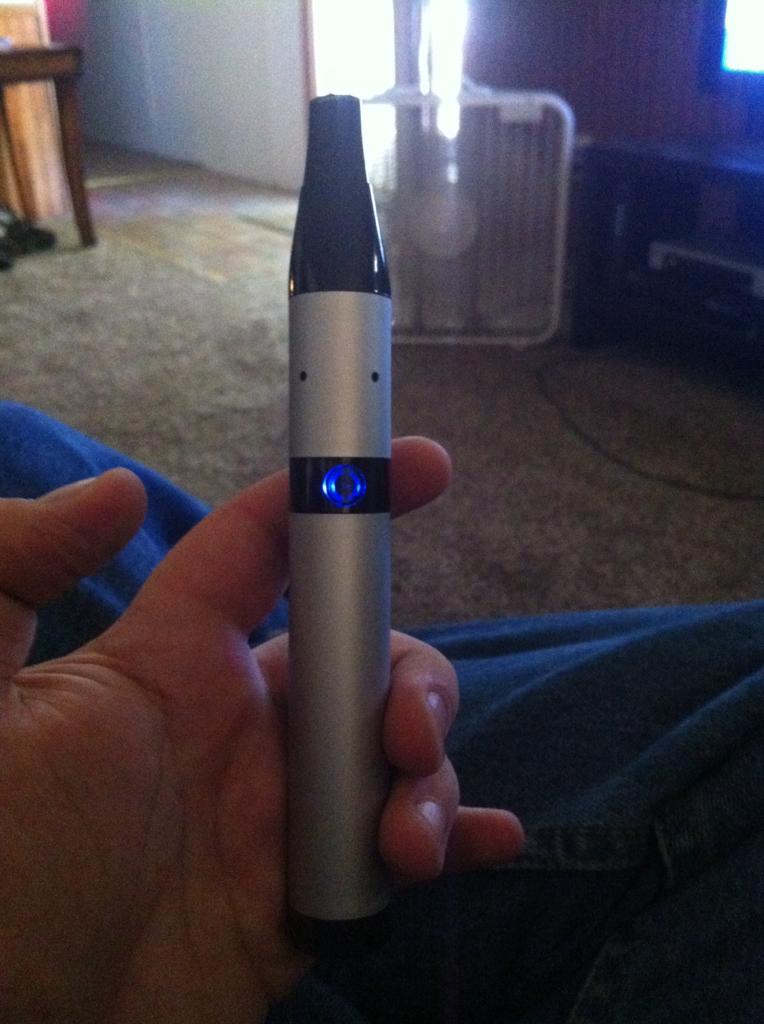 I gave up on portables about a year ago after I got my enano but, I have had the need for one a lot more recently. Looked here, spotted the imag and inquired. Always wanted a pen form portable for herb.

Ive gotta say the imag + is an absolute portable beast! This is a heavy hitter. I already love it so much that I ran out to the shop and devised a water tool adapter. 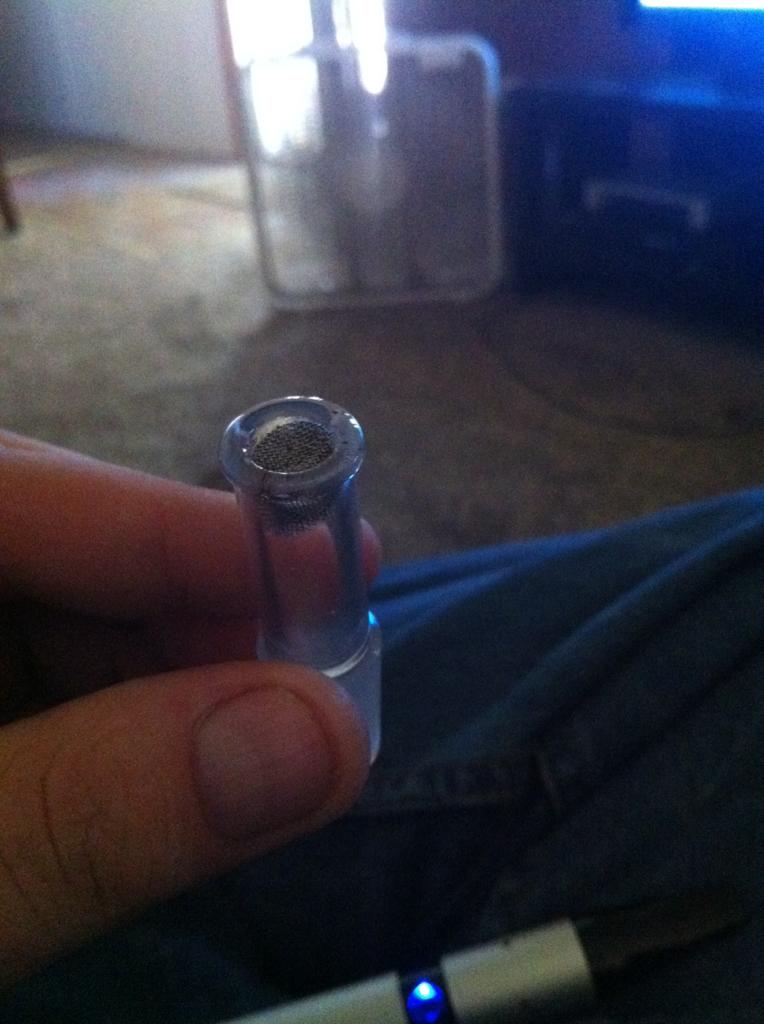 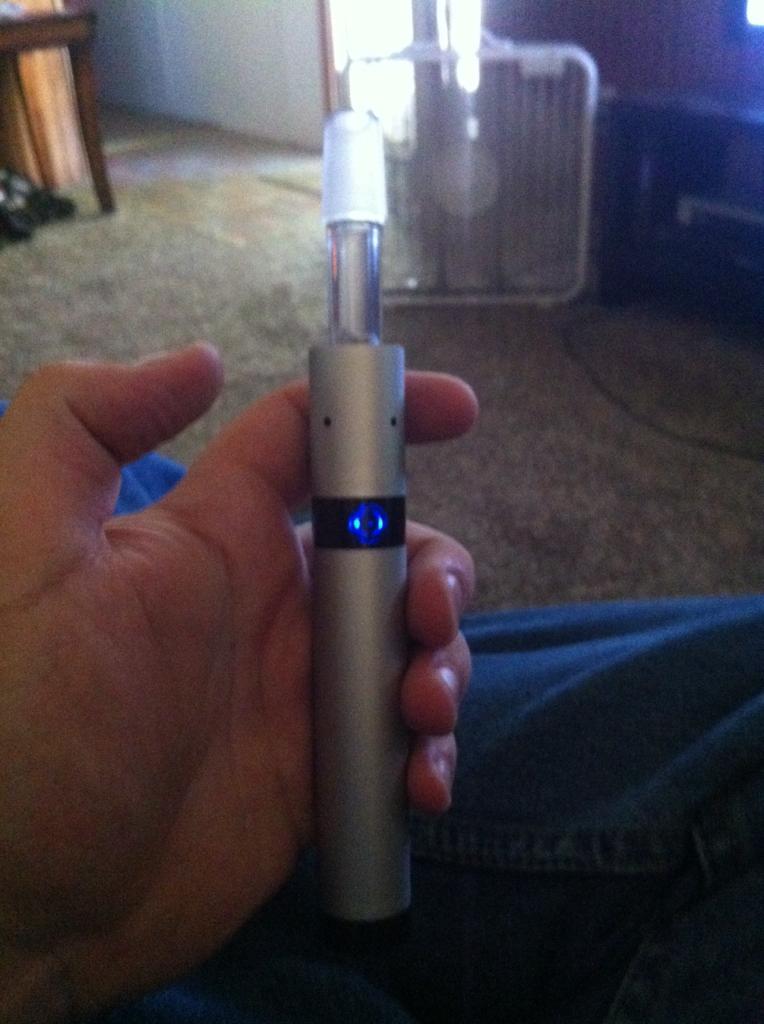 The adapter doesn't fit tight enough to hold up the imag + so you kind of use it like an old school log vape on a water piece except the herb's in the vape not the gong. It works amazingly though!!!

This thing produces copious amounts of vapor. The flavor is better than a pax or say a pnp but, nothing like an enano or alike. Tasty though for a portable. If you are familiar with the enano (which is a desktop log vape and my pick for best vape ever) then you'll understand this next part.

If this thing continues to work as well as it has these first few sessions, it's a serious contender for my favorite portable ever. (If you know me you know I've had MANY portables).

I've only had it for a few hours and these are only my initial impressions but, DAMN!!!
R

How long is the warm up time for the imag and imag+ ?

I can't decide which model to get, then original or the newer one with 3 heat settings

I was told by relaxo that the new version doesn't have a replaceable battery. Could this be an issue? Does the original get hot enough for potent heavy hits?

Which model should I get?

Glass Blower
I only have the plus. Heat up and cool down time are both great. Definite discernible differences between the 3 heat settings. No replaceable battery but, I have gotten 7 sessions before charging and I know it had a few more left in it before I threw it in the charger.

It's honestly every bit as good or better in most cases than every other portable I've ever used. My silver and black one looks like it could be a new model solo or something like that. Materials don't seem cheap at all. (All metal). And build quiality is superb for a china product (or American for that matter). It really is a strong, heavy hitter of a portable. For the money you cannot go wrong.

Although I can see how this benefits relaxo tech.

Glad to hear it works well though. Congrats @VaPeD&CoNfUsEd it sounds like you found something that works for you. Sounds like a mean little herb vape

Glass Blower
It really is! I swear I'm combusting all the time but, nope! Hits like a freight train!
R

Yes a relaxocig sales person told me the new version has a non replaceable battery. That's the only thing that's holding me back, and making me wonder if I should get the original version instead

@VaPeD&CoNfUsEd , where did you order from? I've been looking for a pen that does herb and after hearing you compare it to the nano my mouth started to water.

Glass Blower
I got it directly from the imag website. I think it's imag vapes.com. I don't see the plus up for sale but use the "contact us" form and inquire. It really is a pretty badass portable. Vapor is comparable to many desktops! Flavor is still what you'd expect from a conduction vape.
You must log in or register to reply here.
Share:
Share Link
Top Bottom