Hey guys I recently purchased a Arizer Solo off ebay from an "Authorized Dealer" for $120.00, I received the vape and I kept finding things wrong with it. For starters the straight glass piece jiggled when inserted into the vape, this got me curious on the authenticity of the unit. Second red flag was the bottom of the unit, it has no quality control sticker or serial number. Now I was really suspicious and decided to look for a guide online to help, but to my disappointment there was no guide to speak of. Luckily my buddy has a legit one bought from an authorized dealer and he let me borrow his for comparison. Once I had his legit vape to compare to mine I quickly found many flaws with the one I had received. I decided to take pics of the real and fake vapes side by side to hopefully help anyone else in the future who is going to purchase a unit off eBay.

For ease of reading the Real Solo will always be of the Right, and the Fake will be on the Left, lets begin!

First lets start with the box, the legit one on the right has the serial number, quality control sticker and color designation sticker. The Fake on the left has none of the above. 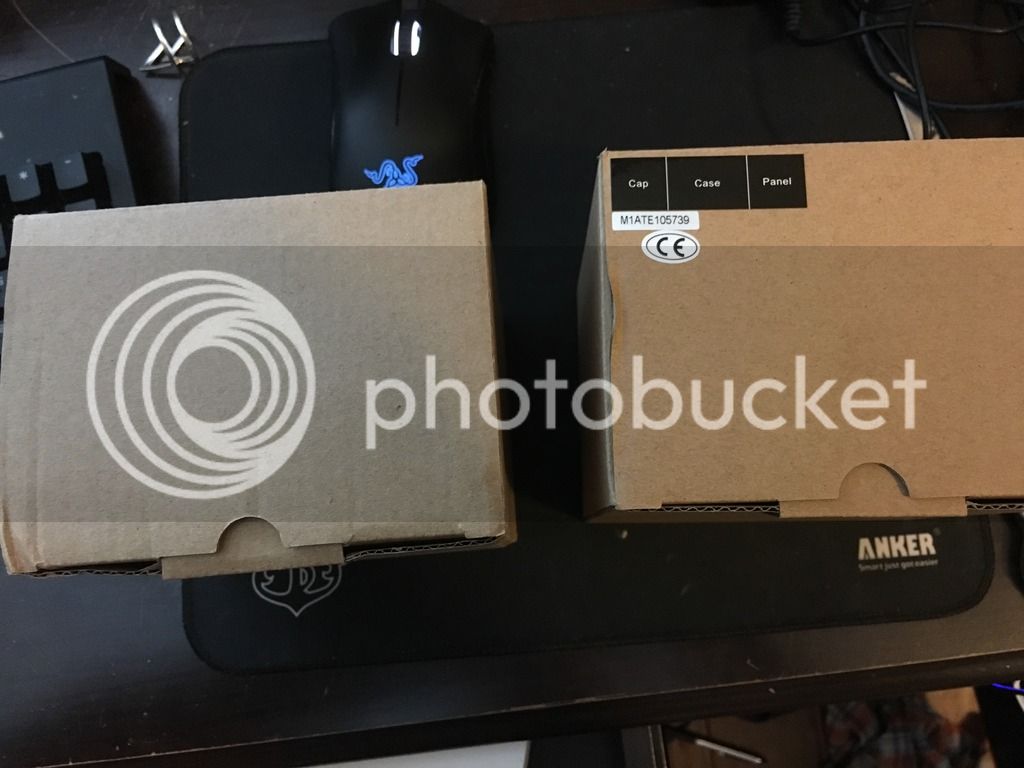 Lets look at the vape now, one clear difference is the buttons. The real Solo has clear arrows where the fake has solid. 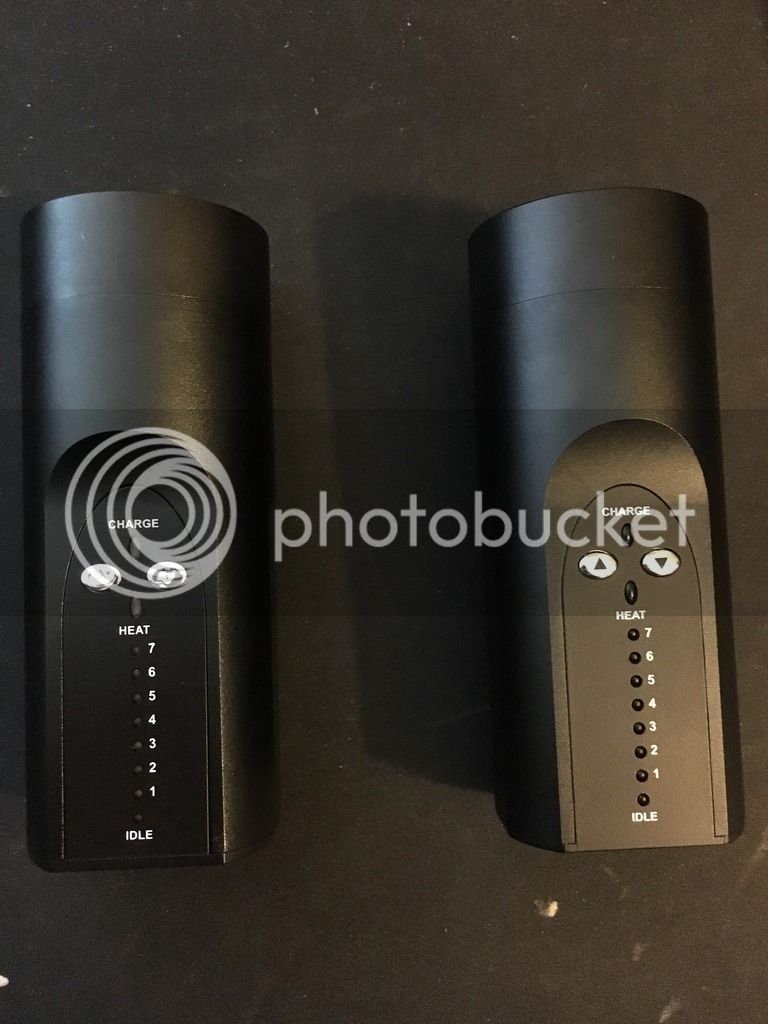 When flipped over the differences between the two really start to add up. As you can see, like the box, the real Solo has the serial number, qc sticker and ect, where the fake has none of these. Another small detail found on the real Solo is the lettering stamped into the unit is alot deeper than the fake. 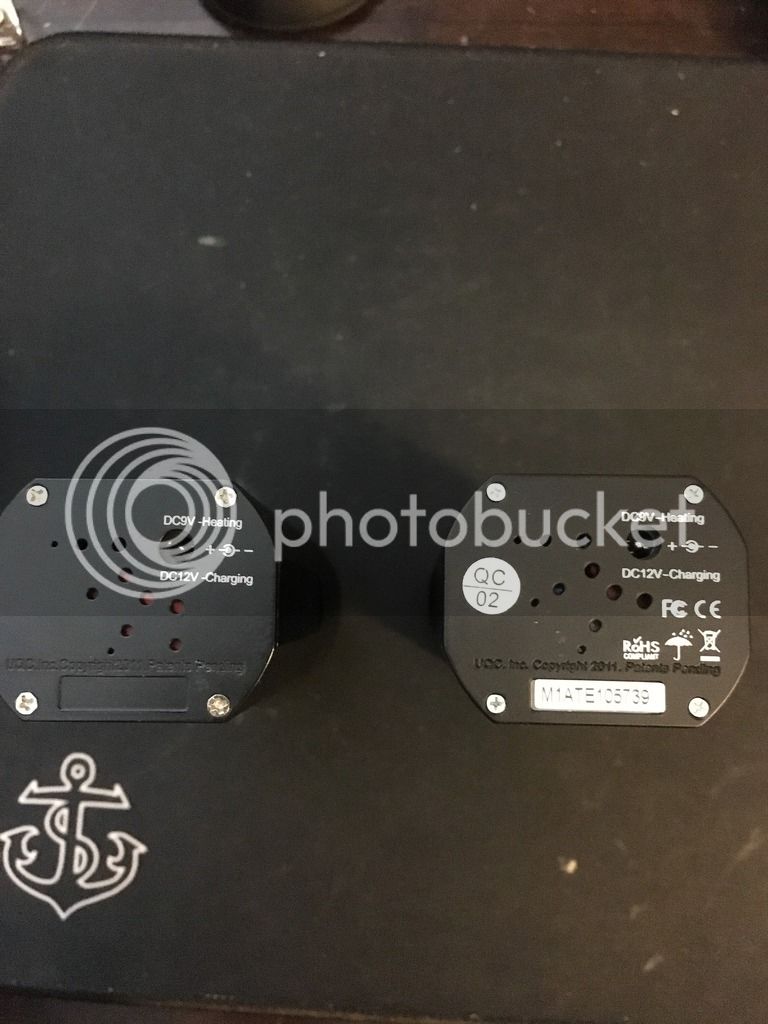 Now lets take a look at the heating chamber, right away I noticed a color difference between the two with the fake Solo having a yellowish tint to it where the real Solo is silver. Another difference to note is the coloring of the heat shroud, the fake is black and the real is a greyish color. 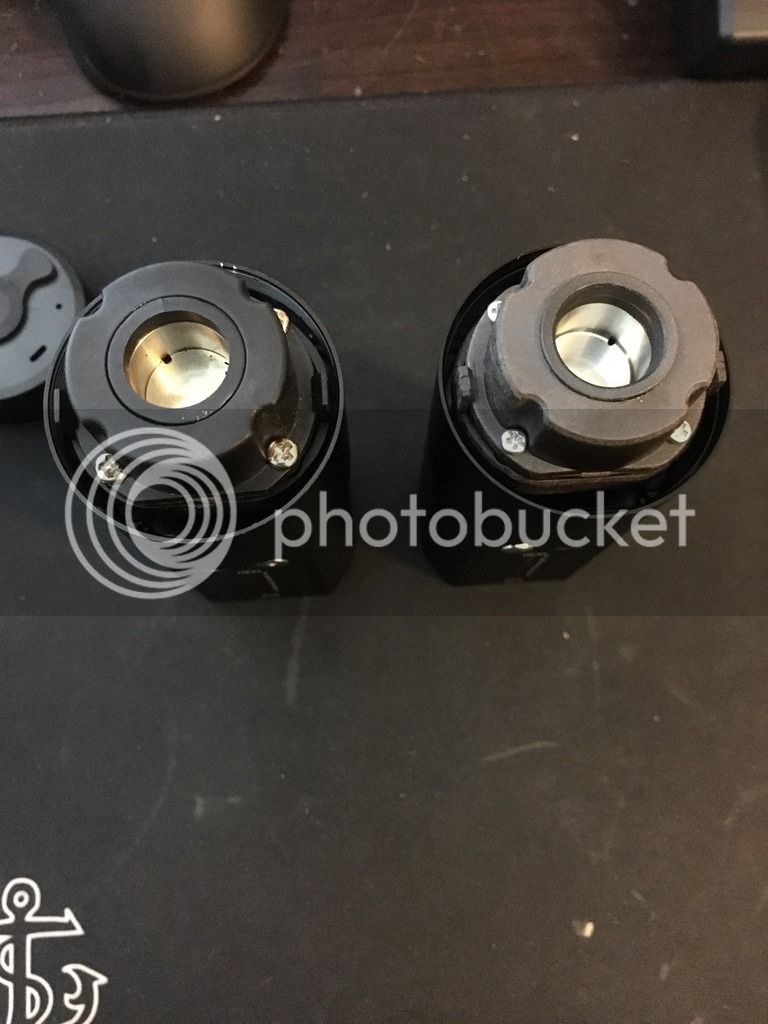 When you turn the units on the fake Solos LED's are so bright they're almost blinding, where the real Solos LED's are a soft bearable brightness. The differences between the Real and Fake Solos software is what gave the fake one away big time, the fake one would randomly power off and wouldn't beep on start up or show the battery life. 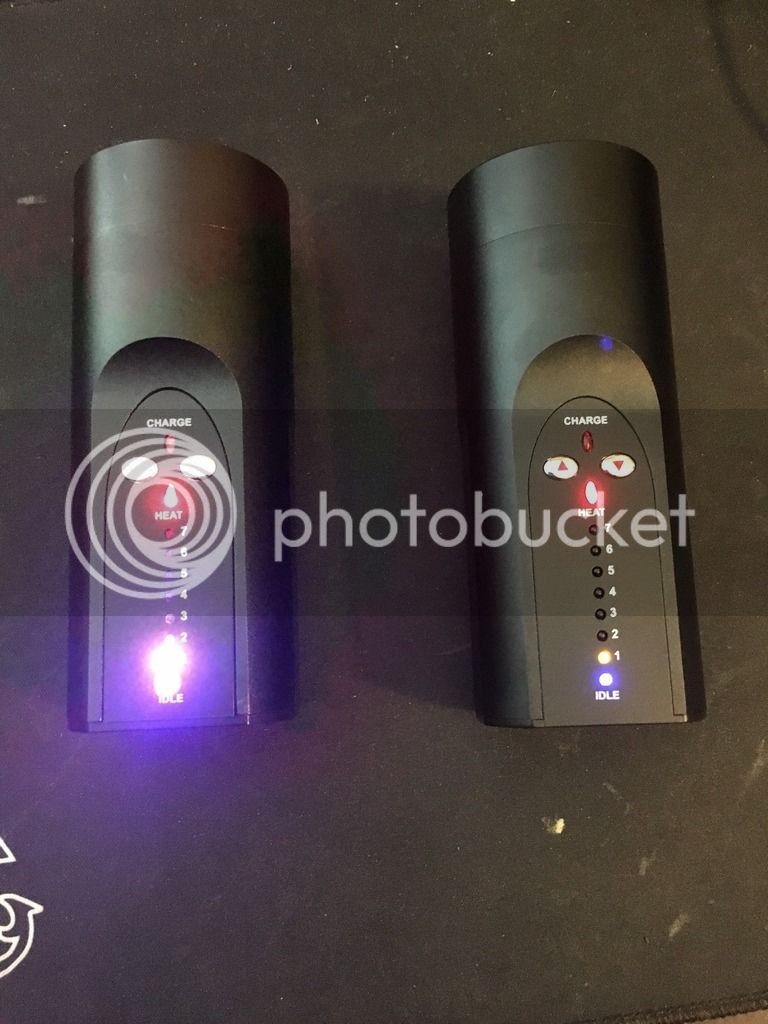 Lastly I would like to show the differences in heating times of the two, the Real Solo on the right is fully heated to the fourth setting indicated by the LEDs where as the Fake Solo is still on the second heat setting according to the LED read out. 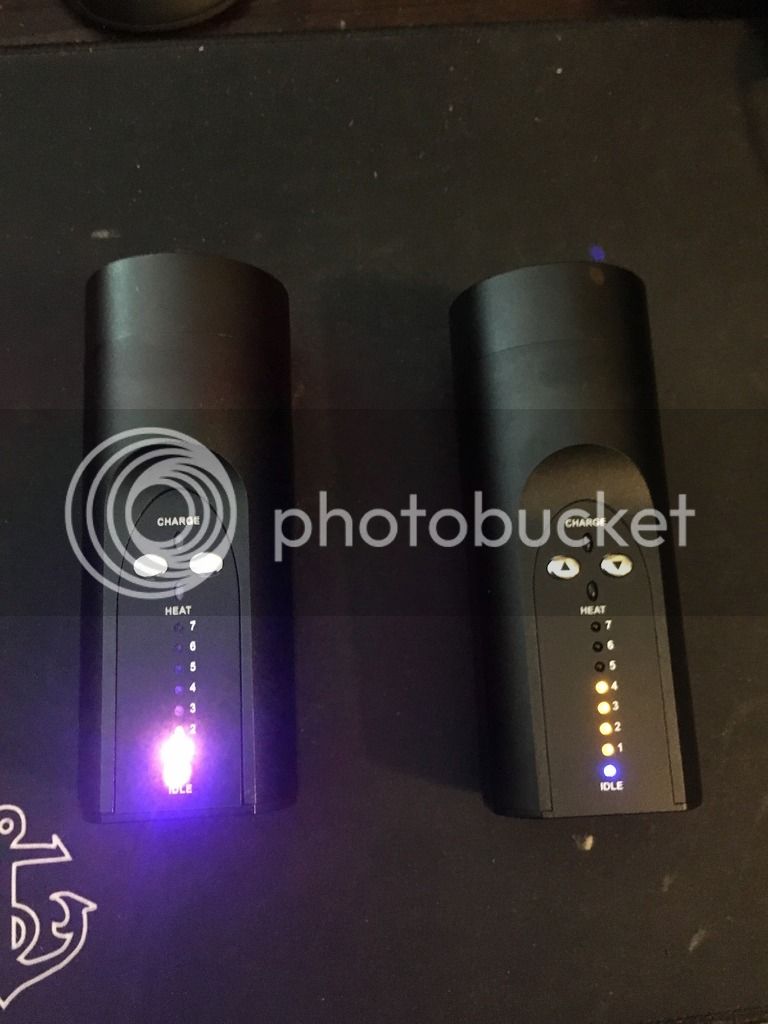 I hope this guide helps anyone that is unsure of the authenticity of their Solo, if you guys spot any differences I missed please feel free to add them below. Currently I am in the process of returning my Fake Solo and have already purchased a new unit form an Authorized Dealer.

I would not buy a Solo from an ebay or DHGate vendor...They're built to last and I want full warranty coverage to support that.
Planetvape.ca has good pricing and you`re saving about 25% by paying in CDN funds...
Get yourself a high quality GonG or any number of stems and accessories at the same time...
PIU is great if you're decided on ordering from the US.
China is still a bit like the wild west...shoot first, ask questions later...integrity very optional!...