This is crossposted by permission from the Air thread. There are some following posts there for those interested.
http://fuckcombustion.com/threads/the-arizer-air.16415/page-303#post-883954

If it wasn't counterfeit we'd call it an Air. This is definitely counterfeit. 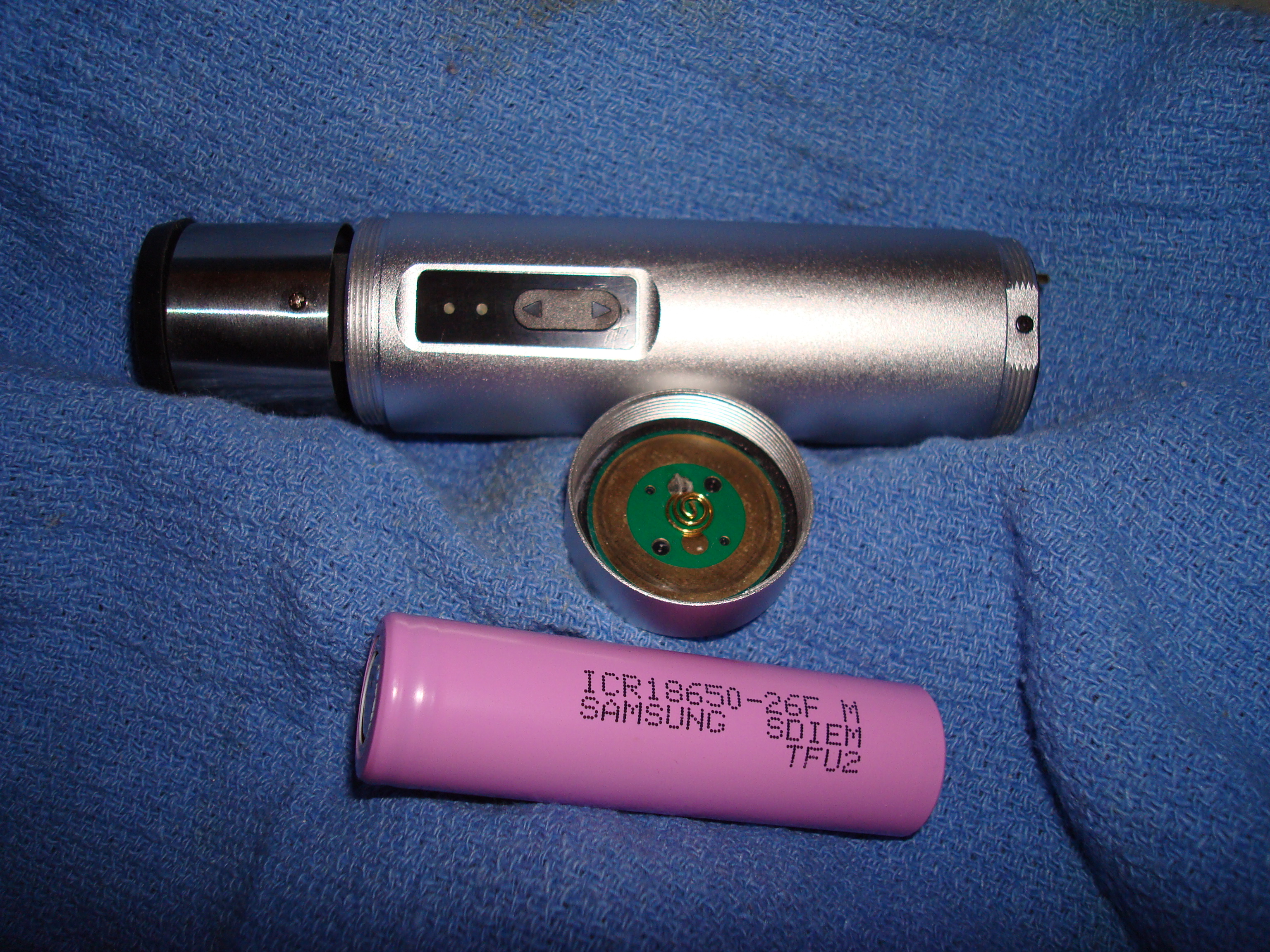 Notice the screw at the bottom is 'wrong' (in fact the chassis rattles, yes, rattles in the tube. When the cap is on it doesn't rattle, however since the rubber seal at the top of the oven presses hard against the top (no chance for an extra o-ring here). Notice the panel not only doesn't have any protective film like the real ones, but comes with scratches (so you don't have to do it yourself). Are the up and down arrows supposed to be black on this model? The battery, which got here dead flat, is Samsung, not the real one. It's charging now at 830mA (about normal). The bottom cap threads are sloppy and rough, nothing like the real ones and check out the inside of the battery cap, quite crude compared to the original I posted a bit back: 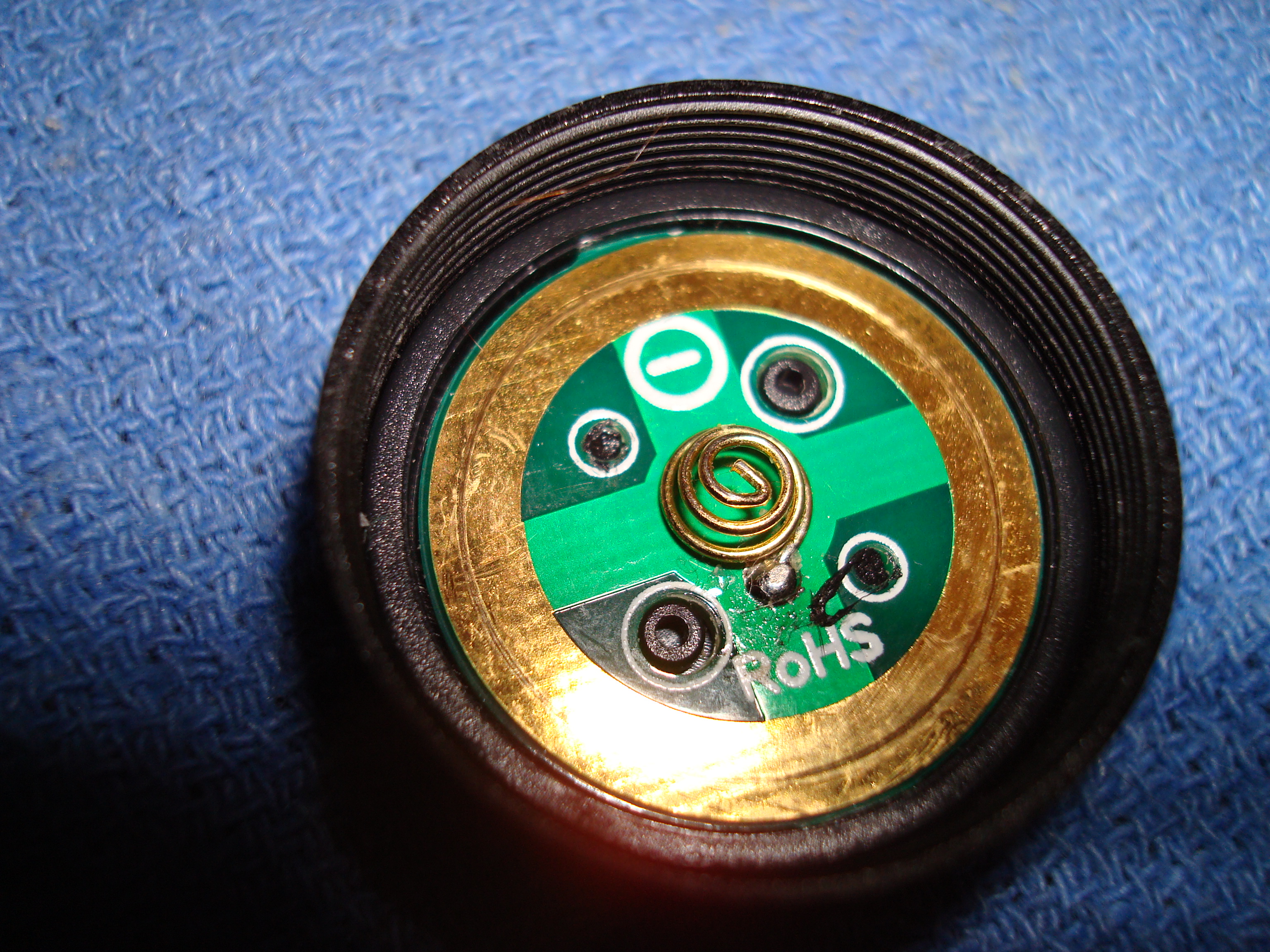 You can also spot differences in the mouth of the battery compartments: 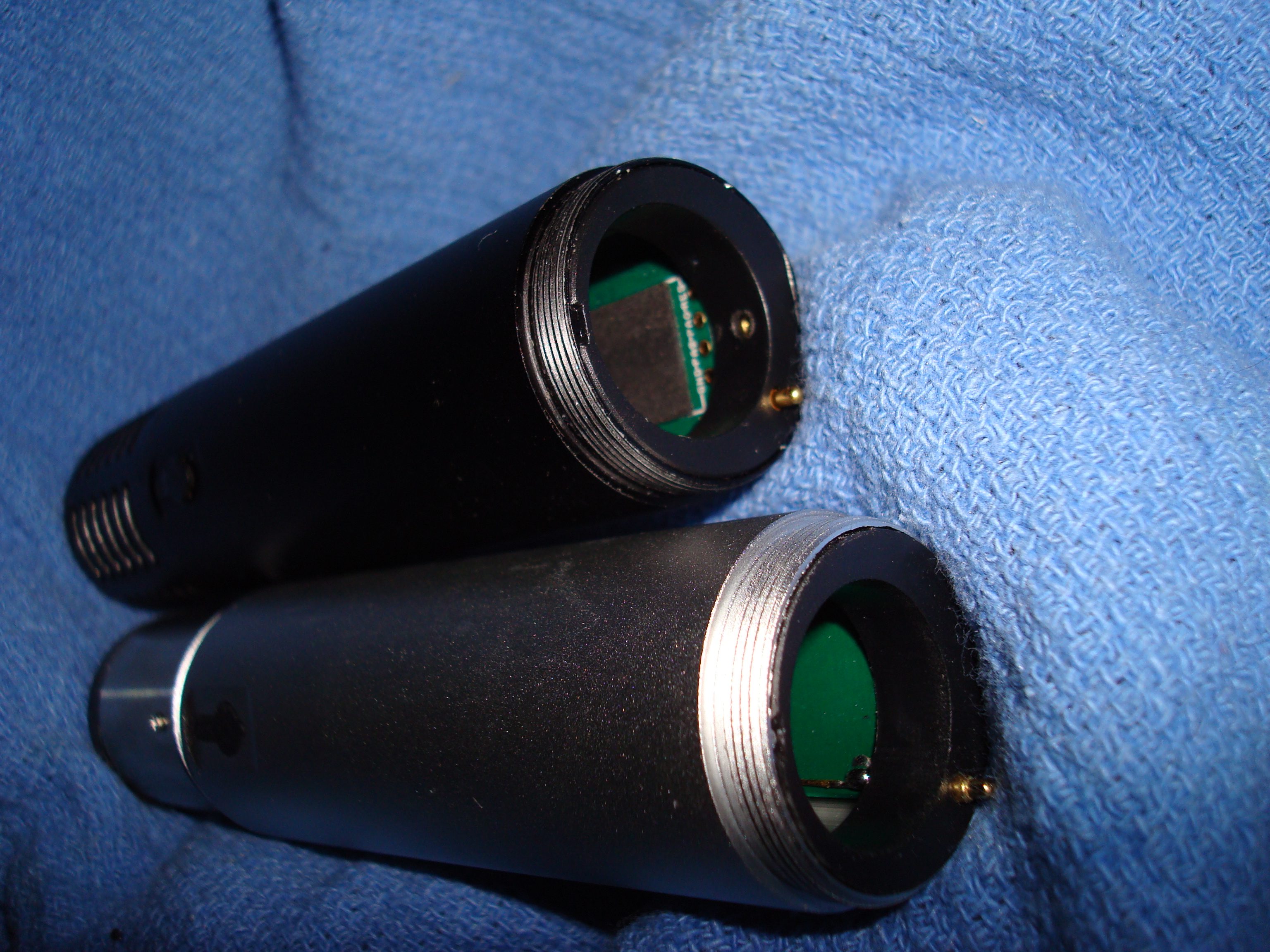 The genuine one (black, on top) has a metal insert for the screw (rather than blind threads in the plastic......), it also has a battery pad to protect the PCB (and control rattles) in the tube and notice how the counterfeit ground pin has a step in it? All useful clues I think.

The accessories are close, and interchange, but are clearly done on different tooling: 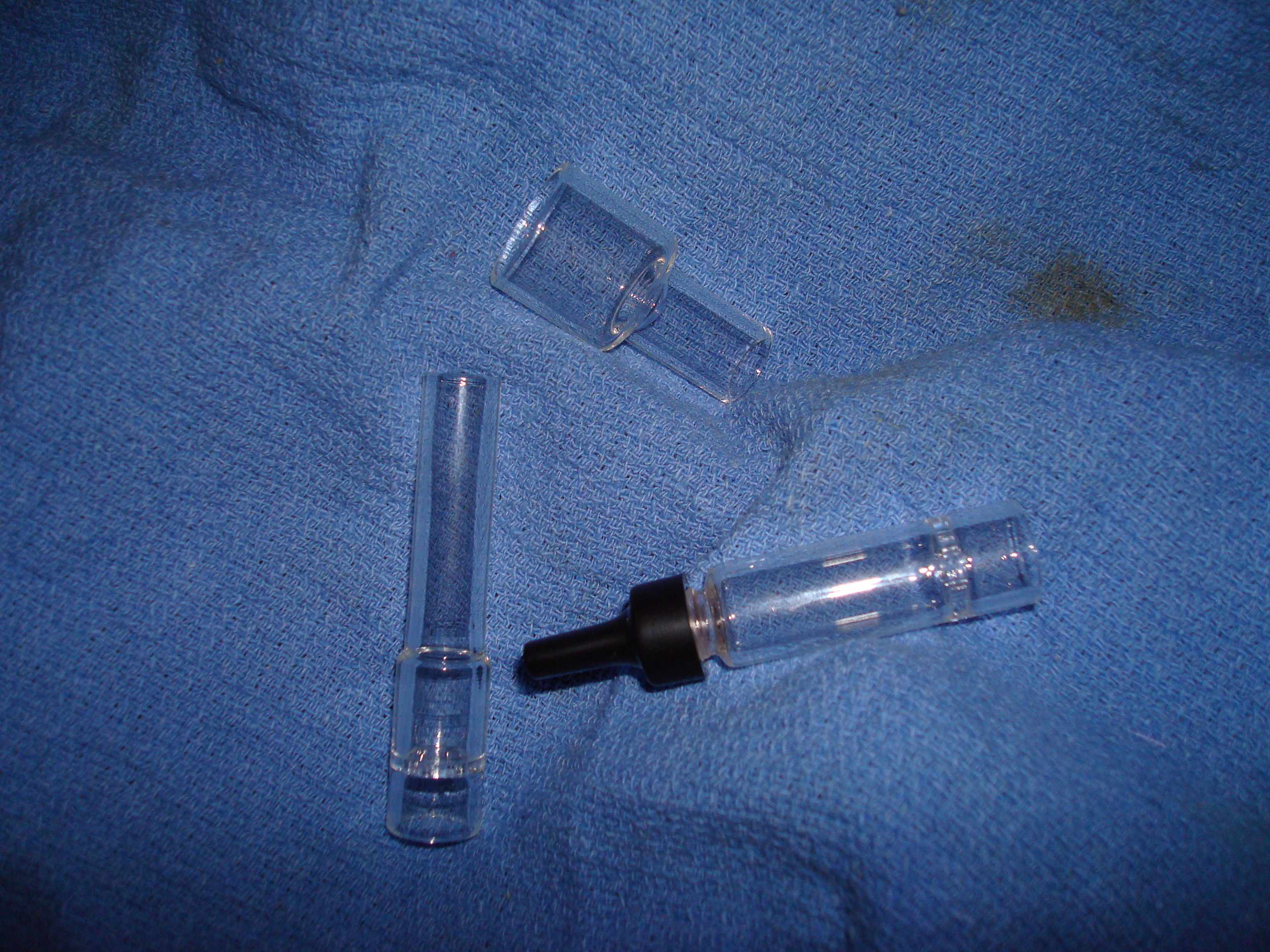 The charger should work, but while I don't have an official one handy (I have a home made charger based on 'the Gadget') I'm pretty sure the factory one is marked 'Arizer'? Not so here: 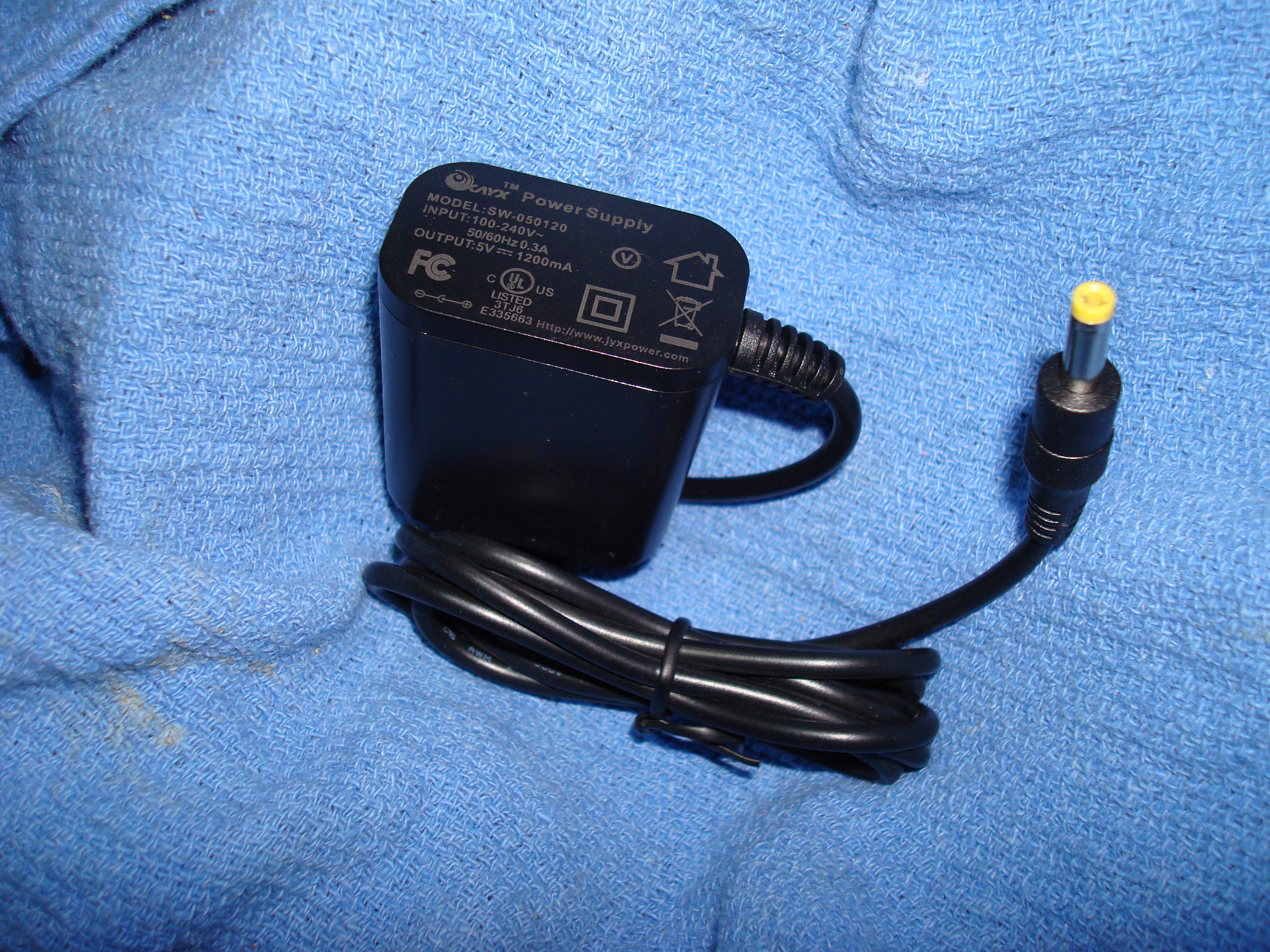 It's not all bad news, though. The beeper is louder, easier to hear (although that'll probably get 'too loud' complaints) and they've definitely opened the oven holes up even more: 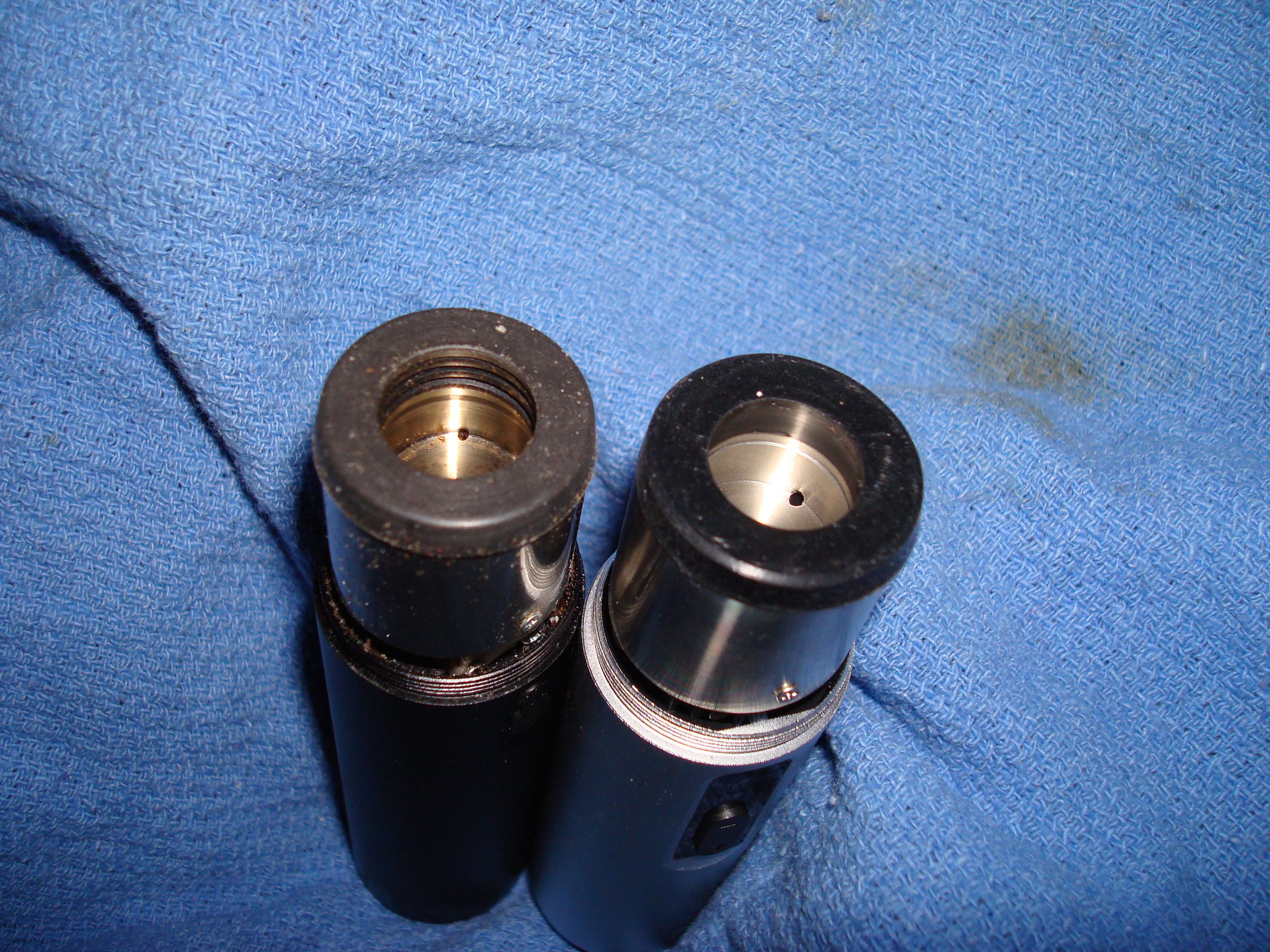 Notice the tool marks on the top of the rubber seal on the counterfeit? Sloppy, didn't bother to polish their tooling, lots of examples of this spread around the unit. It might pass muster if you'd never seen on, but it's obvious side by side.

Edit: One other note, it got here fast, DHL from China in a week give or take? Nothing like PIU, but not as slow as might be.

Next edit: The battery is evidently counterfeit as well (go figure....) it say ICR18650-26F as you can see above, a legit part number for a top of the line 2600mAh unit:
http://neworld.co.il/upload/lithium_battery/Samsung_ICR18650-26F.pdf

The charger, however, says it's closer to 1000mAh than 2600. My gadget terminated at 980mAh and it should have another 10% or so. I'm about to put it on the stand alone battery tester and confirm it's capacity in standardized charge and discharge conditions where genuine ICR18650s (at least I think they're genuine) tested at 2567mAh (close enough to 2600 for jazz).

A bit of follow up I should have posted here as well by way of completeness. When I'm ready to dump this POS I'll post a third (and hopefully final) installment:

A couple more observations on the counterfeit Air I'm testing for your consideration?

This guy definitely has less restriction. I need to play some more, but as of my third bowl I'm thinking it's easy to show alternate slow thick hits and fast thin ones alternating, something I've never tried with the genuine one since, I guess, fast hard hits are much harder to do?

The beep, although louder, doesn't seem to be programed to beep when a session times out like the genuine one. It only beeps on turn on and manual turn off? Of the 3 conditions, surely the thing timing out mid session is the most important???? Turning it on and off you're already focused on pressing the button squarely and watching the lights....... To me this says it's not a pirated software package, but new code written to mimic the genuine one.....done by someone/group that doesn't understand the unit's use???

The airpath is different and the oven sealed differently in important ways I think. Gone are the 3 ribs (often mistaken for o-rings of which Air really has none), so the stem tilt very easily on the cap seal (the soft rubber cover on the oven). Also gone is the airpath routing where air came up through the wall of the oven by way of flats on the threaded part and across the top of the cup to come down between the stem and oven wall to the load. With the top of the oven sealed against the stem there's no longer a way for this 'down the outside of the stem air' to get in. Instead the bottom holes seem to vent directly to 'the outside' below the oven, someday I may pull the oven out to confirm this.

Anyway, it makes vapor. Differently I think than the real Air does (much less restriction, much easier to overrun the oven heat). With some more experience I'm confident I could pick it out in a blindfold "A/B test".

A cheap copy in many ways, some important some not.......but clearly a rip off. Arizer gets no part of the sales and it would seem none of the parts come from them.

This one is definitely worth avoiding on many fronts IMO. PIU beats DHGate here hands down!