Best technique for using the whip?

What works best? I am trying to get the right pull speed down.

Staff member
While it can differ between vaporizer models, assuming everything is set up correctly (connections/temp/herb), the general technique should be the same.

The key is getting the right draw speed, i.e. the air moving over the herb. Too fast and the air cools too much, as the heater can't warm it fast enough. Too slow and it can get too hot. Some vaporizers with digital temperature control attempt to compensate and regulate the temp, but still.

While that may sound complicated, if you know how to hit a bong, you shouldn't have any trouble. Keep an eye on the whip tubing, you'll see it change from clear to cloudy white as vapor passes through it. When you see it get nice and cloudy, you know you're in the groove.

Other than that, it just takes some experimentation to see what works for you and your vaporizer. Eventually, you'll find the amount of herb that works best (don't pack it too tight or the air can't flow through it), and the perfect temp for each herb.

Thanks...does using the whip sometimes take a different temp than using a bag on the same unit?

Staff member
I haven't used a multi delivery vape... but I guess it could depend on how fast the fan is moving the air.

Hopefully another extreme owner can chime in on this.

ciao!
no man, you can increase temp a little bit but the clue is about air flow not temp!
Stay close to a light when you are drawing so you can see the vapor come out from cyclone bowl and bend in the whip!
Realtime Vapor Maker!!
I don't use fan for whip, i prefer to play my instrument by myself!!
Fan make vapor less tasty and consistent...it is good only for ballon or at the end to take out all from your material thanks to his costant airflow!

Hope my english is clear....you know here fog is ruling!

Staff member
Your English is perfectly clear. Good point about making sure the lighting is bright enough to see the tube get cloudy, I forgot to mention that.

I don't use fan for whip, i prefer to play my instrument by myself!!
Click to expand...

Good call, the whip is where it's at! Freshly squeezed!

The bag is just so easy that I don't use the whip unless I need to be stealthy. But you guys like your whip hits better than the bag hits?

I'll try to give the whip a try tonight and see what happens.

If I'm vaping without my wife i go for the whip so i can enjoy my fruit punch in peace!
Ballons are the best for share the vapor!!

Thanks tactician for the support!

I still have not replicated that one super thick whip hit.

Anyone have any settings that get better whip results?

Glass Blower
the best tips I know to get thick vapor out of the whip is :

- grind your herb realy small ....as small as you can
- fill your bowl with the right amount of herb , If you don't put enough inside the bowl too much air will past through and it will not make a thick vapor and if you put to much it will just won't work...

- take slow hit , this way the ratio air/vaper will be better

Very much appreciated, Clear Dome. Great to have you on the forum!

How do you grind it up smaller? I have a grinder, but i thought once it passed through the holes it was as fine as it was gonna get with that grinder. My grinder is on the small side.

Glass Blower
I'll post a pics tonight of how small I grind it if it could help !!

Thanks! I'll check in later.

Glass Blower
ok this is how I grind any type of herbs befor put it in the vaporizer : 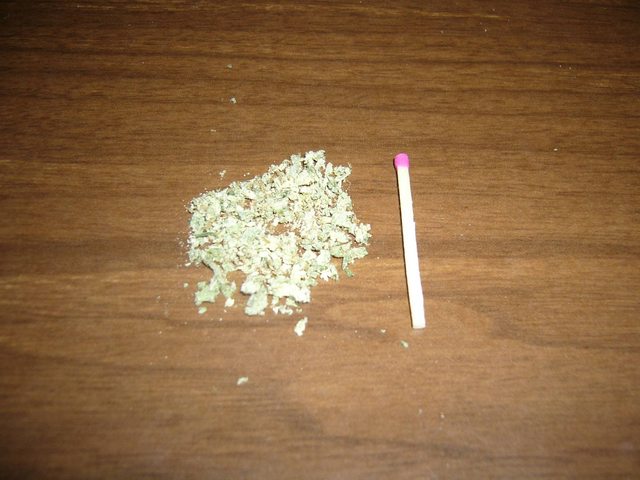 And this is how I fill my bowl befor put it in the vaporizer: 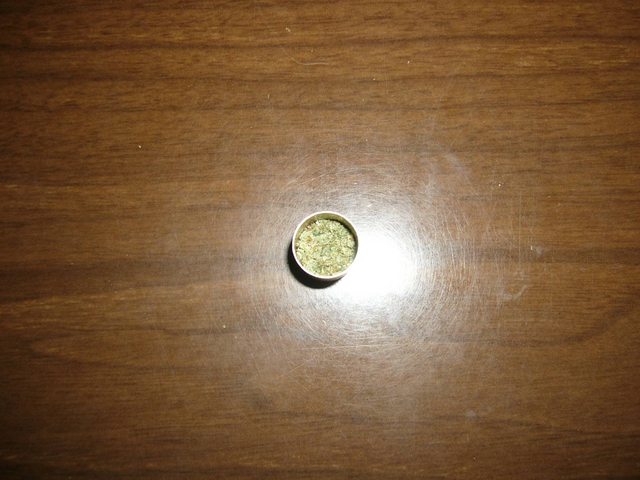 Staff member
Okay, clearly this is an important topic, and also a tough one because there's so much room for variation. I'm pretty vaporized so this post is under construction.

First things first, make sure you have everything specific to your unit set up correctly. Refer to the instructions or ask around for tips on that.

Load the herb properly
Another one that varies between models. In general, it's probably good to have at least enough herb to completely cover the screen. This is because the hot air takes the easiest path; if there's a spot with no herb, most of the air will go through it and not your herb. Don't pack the herb too tight, keep it fairly loose so that the hot air can travel through and pass over more surface area.

More tips
I've noticed that often times, the first draw or two do not produce very much visible vapor. This doesn't necessarily mean that you aren't getting anything, the light vapor is probably the cleanest.

Also, I think that sometimes the herb may need to dry out a bit first (during the first hit or two).

So don't get discouraged if you don't get a huge cloud with your first hit off a fresh bowl. Stir it up and keep going at the same temp. Usually my thickest vapor clouds are on the 4th+ hit.

Other things that can affect vapor consistency
Quality of herb

Now we're talkin'! I'm looking forward to how this post turns out.
D

i found that the best whip hits i get are when i turn the temp up all the way and draw slowly, so that the herb barely moves in the cyclone bowl. while i am drawing sometimes i tap the sides so that the little bit of air current will stir the herb for me. after a couple seconds to fill the whip i either pull quickly on it to clear it or just take the end of the whip out and clear it. sometimes i can get hits that look like they came out a bong.
You must log in or register to reply here.
Share:
Share Link
Top Bottom